A simple overview covering the famous to the forgotten

With a city as large as Tokyo, there are few places that offer a better view than up above it all. If a helicopter ride is not an option, the city's many observatories are a great place to check out. Although there are some famous ones like the Tokyo Tower and the Tokyo Skytree, there are others which visitors could easily overlook. In this guide, I'll offer some information and images from various observatories around the city, as well as useful information about each location. I hope this will help you find the right place to meet your travel and/or photography needs.

The Tokyo Skytree is a relatively new structure (opened in 2012), but has quickly become a favorite tourist location within the city. Unlike many other observatories, the Skytree is more than just a tall tower with great views. With the connected Tokyo Solamachi shopping complex, as well as a large aquarium (among other things), one could easily spend an entire day just in this area alone. The Skytree is also the tallest tower in Japan, and the largest structure in Tokyo. The lower deck sits at a height of 350 meters, while the upper deck sits at a height of 450 meters, offering breathtaking views over Tokyo despite being a bit outside of the main part of the city. However, due to this impressive height, in poor weather both decks can easily be obscured by clouds. Although it is one of Tokyo's most expensive observatories, the price is worth paying at least once!

The Tokyo World Trade center is one of Tokyo's most easily located observatories, as it is only a minute's walk or so from Hamamatsucho Station on the Yamanote Line. It is also one of my personal favorites! Although the observatory is fairly modest, its location and numerous large windows give it some of the finest views among Tokyo's observatories. In fact, it may offer the best view of the Tokyo Tower in the city. Additionally, it is one of the least expensive paid observatories in Tokyo, and allows the use of tripods.

The Roppongi Hills Mori Tower is one of the more unique observatories in Tokyo, in that it has both an indoor observatory and an open air observatory located on the roof (this part is closed in poor weather conditions). The Mori Tower boasts impressive views of central Tokyo, Shinjuku, and Mt Fuji from 52 stories up, and offers other enjoyable activities such as exhibits at the Mori Art Museum. It's a bit more expensive than some other options, but the unique views and relaxing atmosphere can make it worth the price.

The Bunkyo Civic Center is one of the few free observatory decks in Tokyo. Although it does not offer a 360 degree view like many of the other observatories, the views it offers can be both unique and impressive. It is especially interesting in that it hangs out over the street a bit, allowing visitors to look down directly on the nearby street. This observatory also offers views of the nearby Tokyo Dome City (a fun place to visit in itself), as well as the Tokyo Skytree.

Hours: 9:00am to 8:30pm
Cost: Free
Tripod Policy: No tripods (though you might get away with a Gorillapod)

The Sunshine 60 tower in Ikebukuro is an interesting observatory. In the past it was a bit more standard, but recently it was updated to be called the "Sky Circus." It now boasts various attractions visitors can interact with, including some virtual rides (for an extra fee). It also has a selection of windows which you can walk up to, allowing for a near vertical look downward. Interesting though these attractions are, the views here are not so spectacular as far as Tokyo is concerned. That said, it does have good views of the city's elevated highway system, and offers nice views of Mt Fuji in the distance. The recent renovations have increased the price significantly, making it one of Tokyo's more expensive observatories. Thankfully, this deck allows the use of tripods, which makes the price a bit more worth it if you're interested in taking pictures.

The Tokyo Metro Government Building is perhaps the only observatory I know of that offers views of itself. Due to the twin tower design at the upper part of the building, there are actually two separate decks at the same height - one in the north tower and one in the south tower. So, visitors to one deck can actually look over and see visitors in the other! Aside from that, the views from this observatory are some of the least inspiring in my opinion, and since tripods are not allowed, the night views cannot be fully appreciated photographically. However, both the north and south observatories are free, which is certainly a plus. Be aware though, the two decks have different operating hours.

This is one of the shorter observatories on this list, but despite its size, it has some great photographic opportunities if you have the right equipment. The Funabori Tower observatory is a good distance from Tokyo proper, but it's position allows for some impressive angles of the city. Although it might not be the best observatory for an average tourist, if you're looking for nice images of the city and have a telephoto lens of some kind, you might be surprised the images you can walk away with.

The Chiba Port Tower is a large tower with an observatory on the edge of Tokyo Bay. Despite its size, the tower only has rooms on the bottom floor and then at the top where the observatory is. I'm not sure if the tower serves any other functions besides being an observatory but, at any rate, it is cheap and has some decent views out over Tokyo Bay. Because of its distance from Tokyo you will need a telephoto lens to capture images of the city, but if you have that available, you may find some unique images others are unlikely to get. Additionally, there are some good views of nearby Chiba City.

While this list is not comprehensive, I hope it is helpful if you're looking for interesting places from which to see or shoot Tokyo! 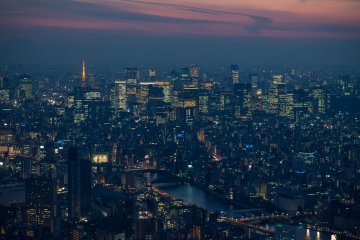 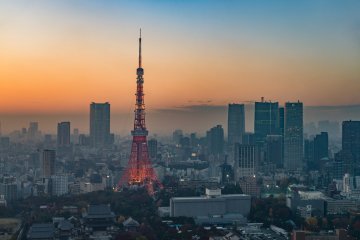 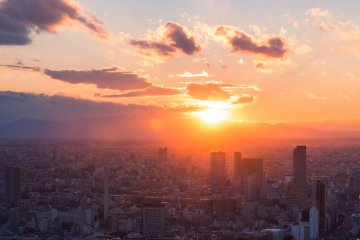 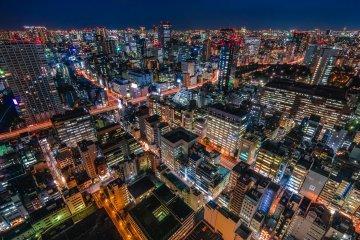 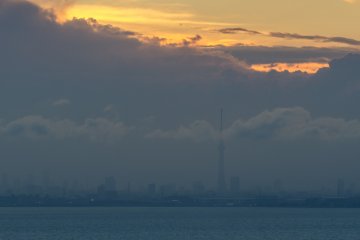 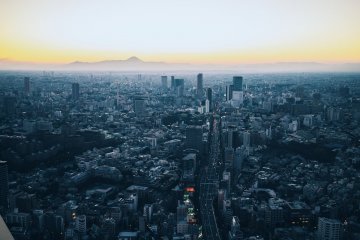 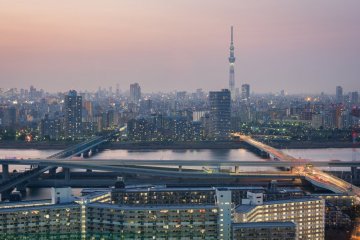