You'll see these guys everywhere on your visit to Japan

Japan is an overwhelming place. Perhaps you don't know the language and you're trying to buy a bus ticket; you're trying to find a place to eat but you have no idea what any of the menus say; is that train the local or the express, and will it stop at my station? All these things are what make visiting Japan hilarious and exciting.

Another weird, inexplicable thing you may also notice is how many little cartoon mascots and characters there are around and about. You'll be making your way home when there, painted all over the outside of the train, you see cute little cartoon characters. Or you'll buy a bottle of green tea and there's a random, cute bear sitting on top of the cap. It's quite baffling, and you often find yourself wondering what they're doing there, or if they're even advertising anything. And there just seem to be so many of them.

In Japan, if it's cute, then it's cool. Little mascots and characters are all over the place because they've proven to be incredibly persuasive - they work their way into your memory, to the point that you're buying heaps of merchandise based on your public transport card, because that little penguin on all the Suica cards is so darn adorable. But unless you know what they're advertising, it can be a bit confusing. So, here is a guide to some of the most popular characters you'll see in Tokyo.

Totoro is a character from the Studio Ghibli movie, My Neighbour Totoro. It's a well loved film all over Japan, and Totoro is especially adored by pretty much every child in the country. If you haven't seen it already, you should - it's practically a national treasure. Totoro helps the two young protagonists to settle into their new home and navigate their way through life's difficulties. He's the best friend you've always wanted - plus he's incredibly huggable.

Little Twin Stars' two characters, Kiki and Lala, were born in space and have come to earth to learn how to shine brightly (awww!). They crop up in department stores and 100 yen shops around the country. One of the brand's most notable characters is Sorakora-chan, the Tokyo Skytree's mascot, who you'll see if you visit this famous tourist site. Owned by Sanrio, the company that brought Hello Kitty, Little Twin Stars' characters are too cute to resist.

If you're in Tokyo for more than a few days, it's a wise idea to get a public transport card - it makes traveling around far easier. If you decide to go for the Suica option, you'll be welcomed by a little penguin waving back at you. You'll also see him all over the train stations. And department stores. And supermarkets... and I have to admit, that was all it took for me to choose a Suica card over a Pasmo. Apparently he was chosen as the motif because, like Japan's efficient trains, he can move smoothly and easily.

Another character owned by Sanrio, Gudetama is unusual but loveable. You may see him in shops and the high-street; and in case you were wondering, yes, he is an egg. Gudetama is a particularly lazy egg, reluctant to move from his egg-white bed and do whatever it is egg-yolks have to do. All he wants to do is sleep and moan, and there's something apparently very endearing about this, because he's grown in popularity enormously, to the point that he's appearing in Japan's most popular department stores on various forms of merchandise.

Yes, it's the character you know and love — Hello Kitty. She's been around for 40 years now, and become one of the first things to pop into people's minds when they think of Japan. Even now, she's still popular, as you'll be able to tell if you go into any department store or tourist area. She's cute, she's a cat. There's no way she's going to disappear any time soon.

You may not have heard of Funassyi, but this little yellow cutie turns up everywhere and is hugely popular in Tokyo, despite actually being the mascot for the city of Funabashi, in Chiba. This character is really bizarre, having done some research - it is a pear who likes rock music, is 1,876 years old, and whose full name is in fact 'Funadius IV'- making it no less inexplicable than it was before.

Pikachu is a character from the game and anime, Pokémon. Since the franchise is immensely popular, particularly in the Western world, you've probably seen him in places outside of Japan. An adorable little 'pocket monster' who can emit electricity, Pikachu is basically Pokémon's mascot - and even now, decades after the game's release, Pikachu still appears on Tokyo's public transport and advertising.

Rilakkuma is a bear, whose name comes to mean 'relaxed bear', and is one of Japan's most popular characters. He is often accompanied by a white bear cub and duck, Kiiroitori and Korilakkuma, and enjoys lazing around and watching TV. Created by the stationery company San-X, his fame extends beyond the world of pencils and notepads now, and he appears everywhere in toy shops and department stores. There are some strange rumours concerning the zip on his back, leading some to believe that Rilakkuma may actually be someone in a costume, which does reduce the cute levels somewhat.

A brand rapidly growing in popularity, Sumikko Gurashi's adorable, pastel-coloured animals are becoming all the rage - if you take a walk through Harajuku or Akihabara, you'll find them plastered over bags, umbrellas, face towels, or in the form of stuffed toys. They are another set of characters produced by San-X, and absolutely adorable.

Last but certainly not least is the well-loved Doraemon, a character from the manga series Doraemon. He is a robotic cat who travels back in time, and the protagonist of a story which was created to promote the image of Japanese culture - so it's no surprise that he appears here, there, and everywhere, more than four decades after the manga's first release.

The list certainly doesn't end there, as you're bound to find many more strange, unidentifiable characters around the place. Then again, isn't that a part of what makes Japan so strange and fun?

Hi! My name is Livvy and I've been interested in Japan for as long as I can remember. As a budding magazine journalist and photographer, and someone who is in love with Japanese culture, an opportunity to intern in Japan has been a dream. 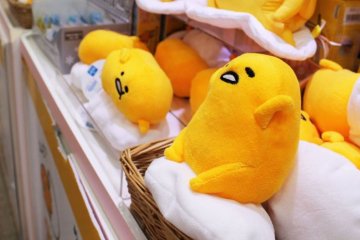 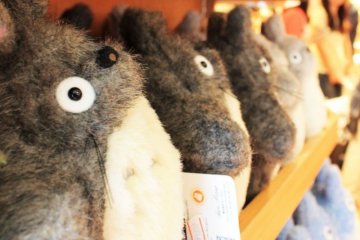 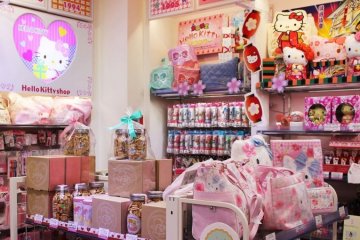 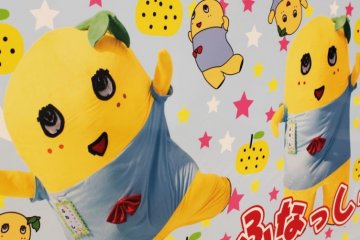 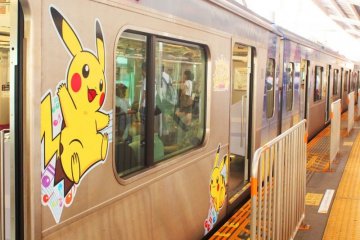 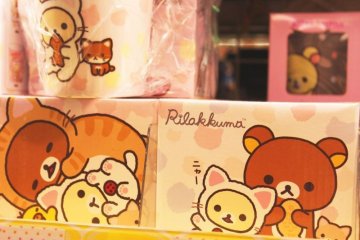 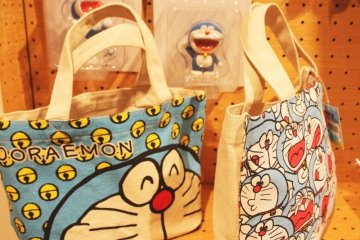 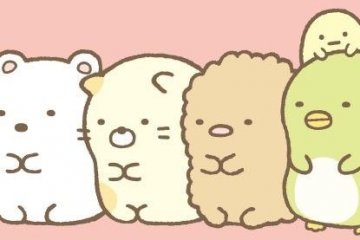 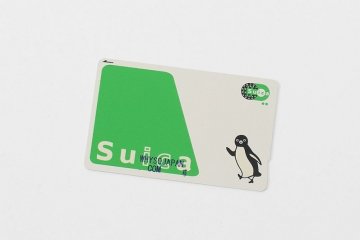 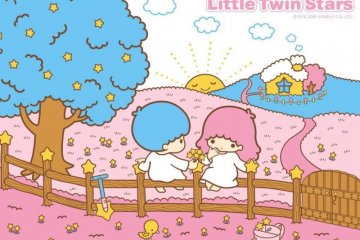