A Stroll Along Aomori Bay

Aomori City, the capital of the Aomori Prefecture in the north of Japan, faces Mutsu Bay to the north, and is hemmed in on the other three sides by mountains, including, most prominently, the Hakkōda Mountains. Aomori City is among Japan’s most pleasant towns in the temperate summer – cool sea breezes blow in from the bay, and the city’s inhabitants are treated to clear blue skies during the days, and striking sunsets in the evenings.

Aomori was heavily bombed in World War II, with air raids in July 1945 destroying around 88% of the city. As a result, Aomori is the site of some spectacular contemporary buildings. One of the best ways to view Aomori’s architecture is by walking along the beautiful Aomori Bay.

Starting from Aomori Station, the first point of call is the A-Factory, a building which opened in December 2010 to celebrate the arrival of the shinkansen in Aomori. The A-Factory consists of various eateries in the forms of cafes and restaurants, a local produce market, and a small apple cider factory. Aomori Prefecture is known for its production of apples and fresh seafood, so be sure to sample some of each when you are in the city. The elegant Aomori Bay Bridge can be viewed from within the A-Factory, and is a landmark that can be seen from all angles as you walk around the bay.

Directly opposite the A-Factory is the Wa Rasse Nebuta Museum, a spectacular red building that opened in January 2011. Inside, you can get a taste of Aomori City’s Nebuta Festival (held every year in August), by seeing floats from previous years. There are interactive exhibits for those wondering what their face would look like if it were a Nebuta float, and demonstrations of how the incredible floats are made, with wire-frame, wood and paper.

Stepping outside again, you’ll notice the unmissable yellow Memorial Ship Hakkōda Maru moored under Aomori Bay Bridge. Before the Seikan Tunnel connected Aomori to Hakodate, Hokkaidō in 1988, this ship, and others like it, carried trains across the Tsugaru Strait. It’s now permanently moored in Aomori, and has been converted into Japan’s first train ferry museum. Walking through the ship is a ‘self-tour’ experience, and while the information leaflets are in Japanese, you can understand many of the exhibits by looking at the pictures and videos available.

The final bayside landmark is the unmistakable ASPAM building (the Aomori Prefecture Sightseeing Products Mansion, if you wanted the full title. The extra “A” that is sometimes between “P” and “M” is there just to help with English pronunciation). The instantly recognisable, 76m-tall A-shaped tower houses a tourist information desk, gift shops, restaurants and an observation deck (ticketed) which offers spectacular views of the Mutsu Bay. Most activity is on the first two floors – there is lots of locally grown food available, including apples and a surplus of apple products. If you’ve ever wanted apple jam, baked apple, apple pastries, apple ice-cream, or indeed anything apple-flavoured you can think of, then chances are the ASPAM building is where you’ll find it. Musical performances happen twice daily on the first floor, so try to catch one of those as well.

For a comprehensive, one-day look at Aomori City, a walk along Aomori Bay is the answer. Not only will it give you an overview of the city and its history, but it also involves a pleasant stroll along the stunning waterfront. 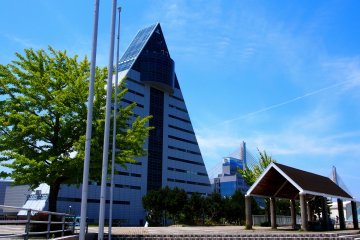 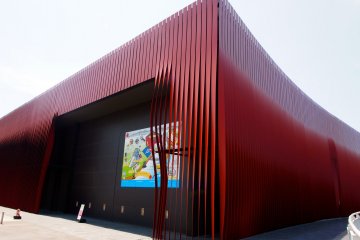 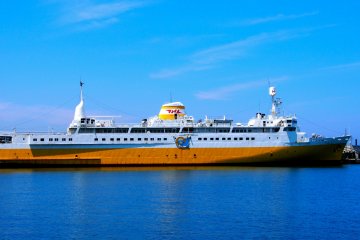 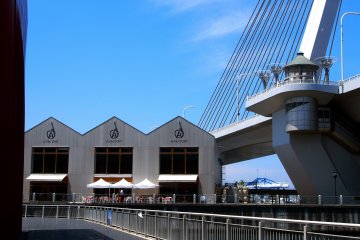 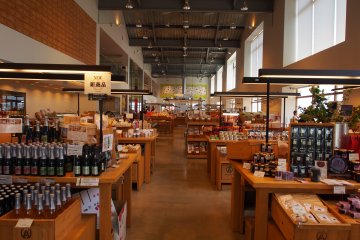 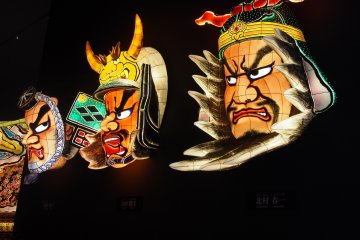 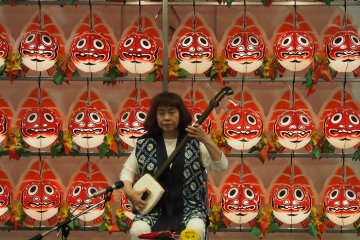