Over in Shinjuku's Golden Gai district, you can witness the vestiges of an older Tokyo where dozens of late night drinking dens pack out six narrow alleys competing for space. It's also the surprising location of one of Tokyo's much-loved cult ramen shops – Nagi (凪).

Opened back in 2004, Nagi specialises in niboshi, or dried sardine, ramen. With all the tiny establishments here bustling for attention from Tokyo's salaryman crowd, it's fair to say Nagi has done well to flourish from this small space and blossom into almost a dozen branches around Tokyo, with even more around Asia. So what's all the fuss about?

Their Sugoi Niboshi Ramen (from ¥820) comprises a rich soup prepared using over 20 varieties of dried sardine from across Japan, which makes for a deep, smokey flavour that just has to be experienced. In fact, over 60g is used per bowl and as Nagi themselves cheekily say, "If you don't like niboshi, please don't come in". The bowl is even topped with a spicy umami-powered tare ('fire sauce') with whole niboshi added for good measure, so they probably aren't joking.

Add to that their original, hand-rolled medium-thickness noodles, which are extra curly to help more soup cling to them. These are served alongside a second variety of noodle – the flatter ittan-men which resembles a wonton shell wrapper in appearance. The basic bowl is then topped with chopped onion and char siu pork, though various toppings and upgrades are on offer.

Nagi are also known for their tonkotsu ramen at some of their other branches, though here the niboshi ramen is the main affair. Tsukemen and several sides—including rice and gyoza—are also available.

Being in Golden Gai is an experience unto itself – it's fairly easy to find Nagi but it's a light challenge and reminded me of Kagari, hidden down a random back alley in Ginza. Looking for the inevitable queue will almost always point you in the right direction.

Nagi is located on the second floor, reached by navigating the narrowest of stairways from outside. You get called in via a tube that connects upstairs to downstairs. This is hardly obvious if there's no queue though, in which case you might caught in a ballet of people squeezing in and out.

Almost befitting to these close-quarters, the ticket machine itself is also tiny, perched at the top of the stairway. Top-left gets you their standard niboshi ramen, before you can take a seat at the narrow 9-person wooden counter. It's a cramped setting, so you might find yourself rubbing elbows but that is definitely on the par for Golden Gai. 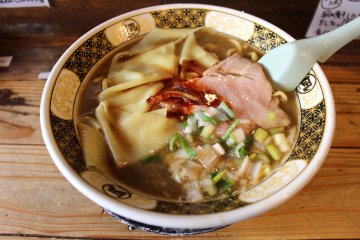 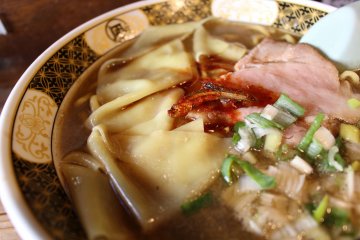 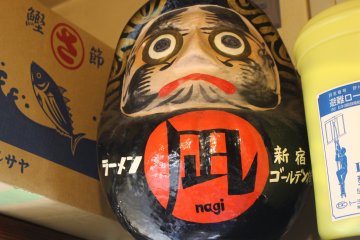 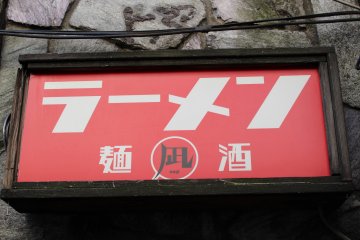 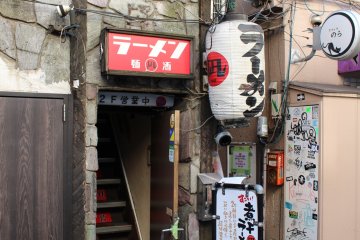 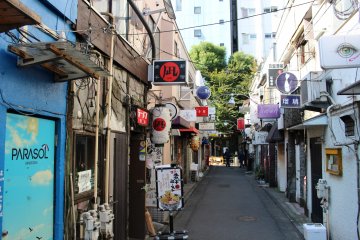 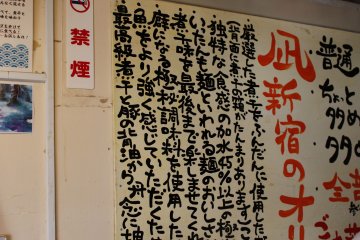 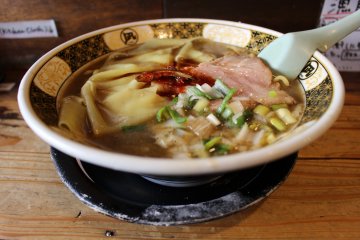 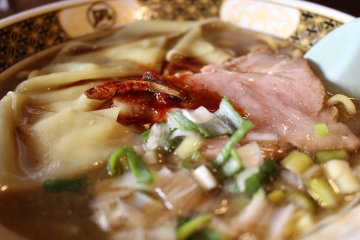 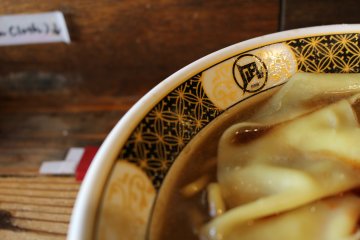 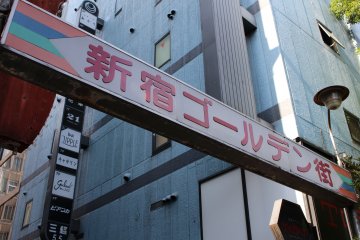