Enjoy the history of this Meiji-era guesthouse

The Kounkaku in Matsue sits on the grounds of Matsue Castle, and it's not an embellishment when I say it was built for royalty. Work on the building started back in December of 1902 and was completed by September of 1903, and its original purpose was to host the Emperor of Japan. As a result, there were many ornate decorations and sculptures placed around the two-story residence. Unfortunately, the Emperor's visit ended up falling through, but it did house Crown Prince Yoshihito - who later went on to become Emperor Taisho - in 1907, so all was not for naught.

The role of the building has changed quite significantly over the years. It has been used as an official venue for Matsue City events such as exhibitions and welcoming distinguished guests to the region, and then from 1973 until 2011 it was used to house the Matsue Folk Museum. Since 2015 the Kounkaku has been open to the public simply for the purposes of appreciating the building itself. It was designated as a Tangible Cultural Property by Shimane Prefecture back in 1968, so it's well worth adding it in as a stop when you visit Matsue Castle.

Admission to the Kounkaku is free, but there is a large hall on the second floor which can be reserved for a fee to accommodate special events. The hall capacity is 150 people.

To get to the Kounkaku, take the Matsue Lake Line bus from Matsue Station. The cost is ¥200 for adults for a single ride, and departures take place around every 20 minutes. Stay on the bus for approximately 10 minutes until you reach the Matsue Castle stop. The Kounkaku is located only four minutes on foot from the castle itself.

If you're driving, take the Matsuinishi Interchange from the San'in Expressway. The Kounkaku is around a ten minute drive from the expressway exit.

I'm an expat who has lived abroad for almost a decade, including 7 years in Japan. I've also visited 44 of 47 prefectures and hope to get to the last three someday! I'm particularly fond of exploring off the beaten path destinations, gardens, and tea houses, and have a real interest in Japan's gr... 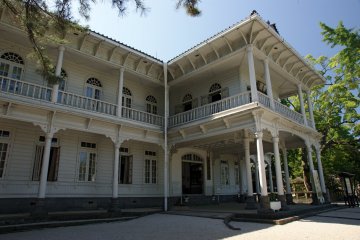 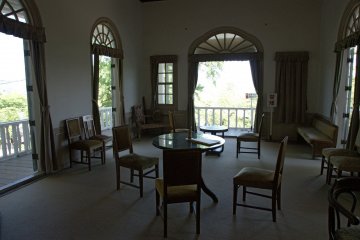 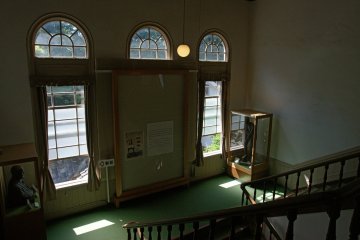