Marvel at the giant hikiyama floats 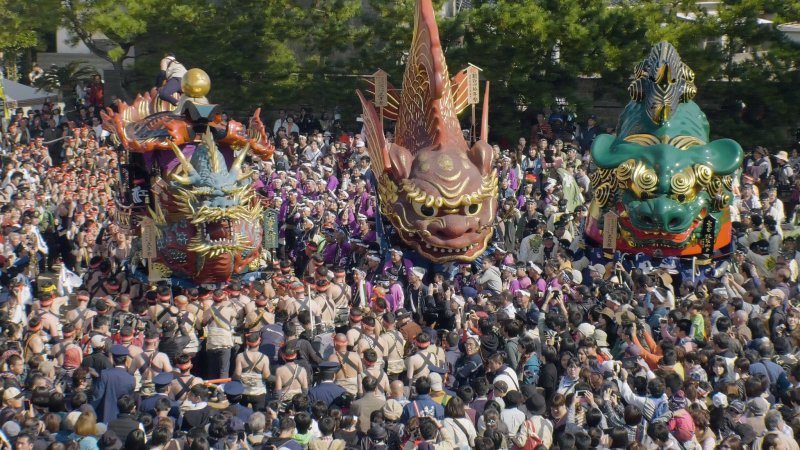 For over 400 years, this autumn festival has been held at Karatsu Shrine and is one of Kyushu's major festival attractions. Highly decorated giant festival floats, known as hikiyama, are hauled across the sand at Nishinohama Beach to a soundtrack of traditional drums and flutes, during the Otabisho Shinko held on the second day of the festival.

Up to almost 7 meters in height, these works of art are lacquered and finished gold and silver leaf, customised with designs of lions, samurai helmets, flying dragons and more! They typically take 2-3 years to complete, with the oldest, surviving one dating back to 1819. The original creations are usually on display at the Hikiyama Float Exhibition Hall adjacent to the shrine, outside of festival season.

As well as the Otabisho Shinko, Yoiyama takes place on the first evening, where each festival float is decorated with lanterns before being paraded through the streets of Karatsu. A spectacle not to be missed!