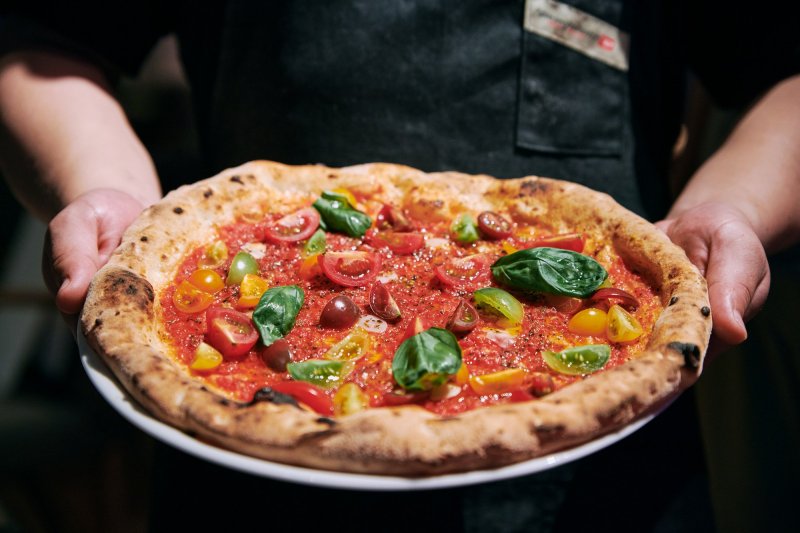 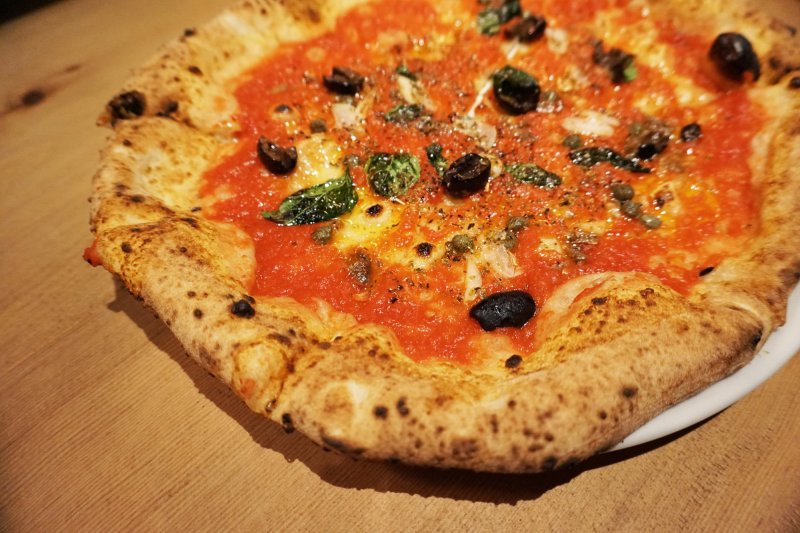 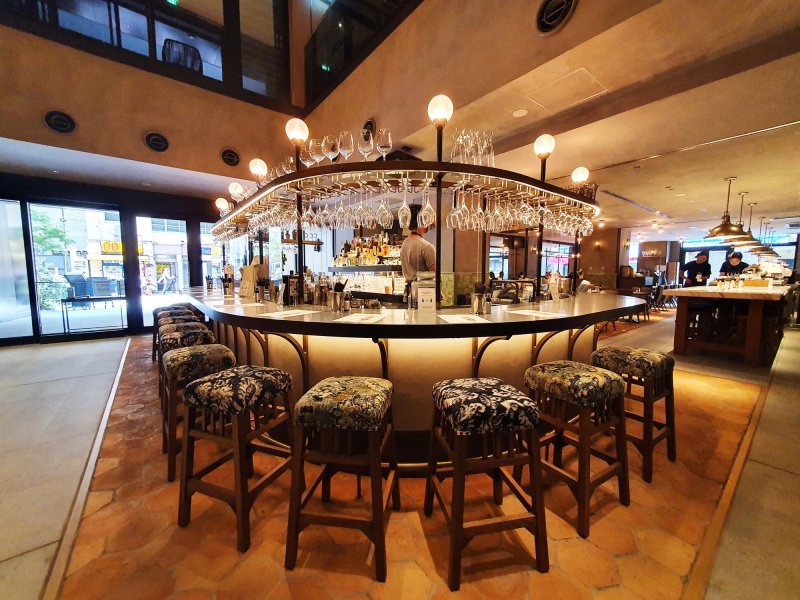 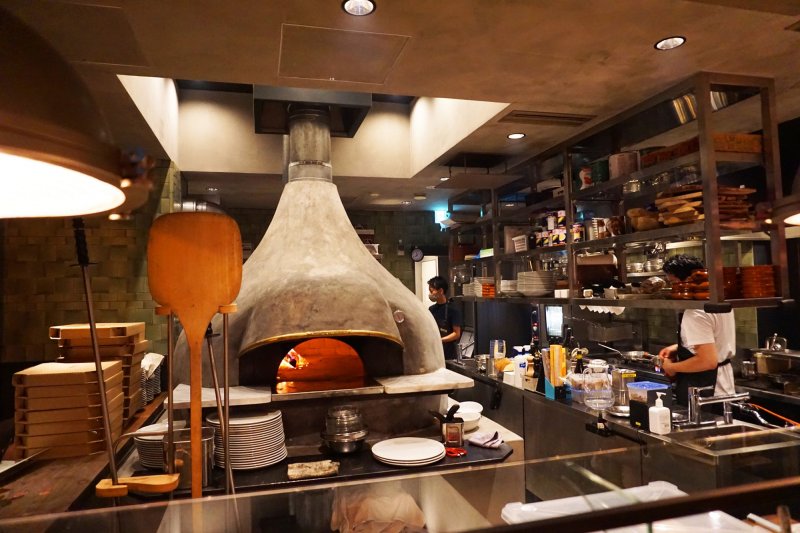 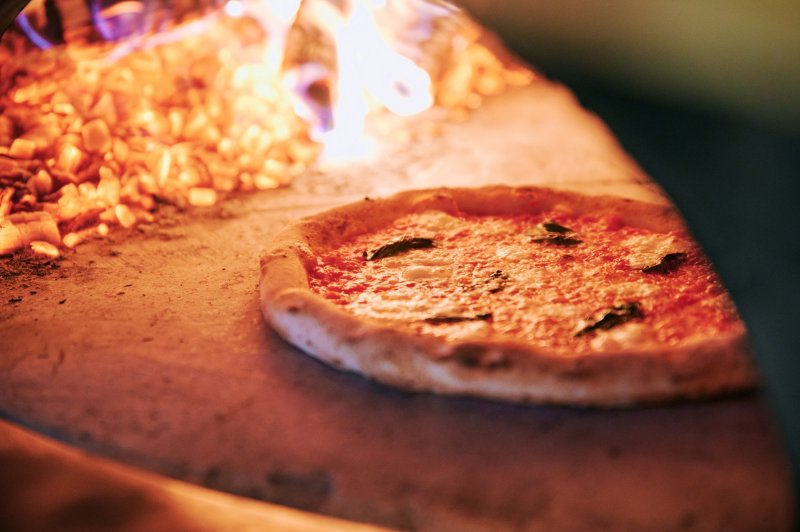 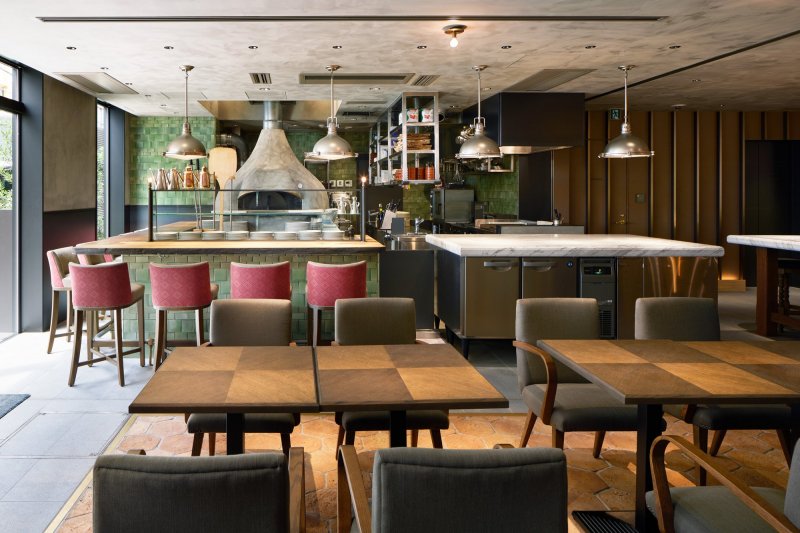 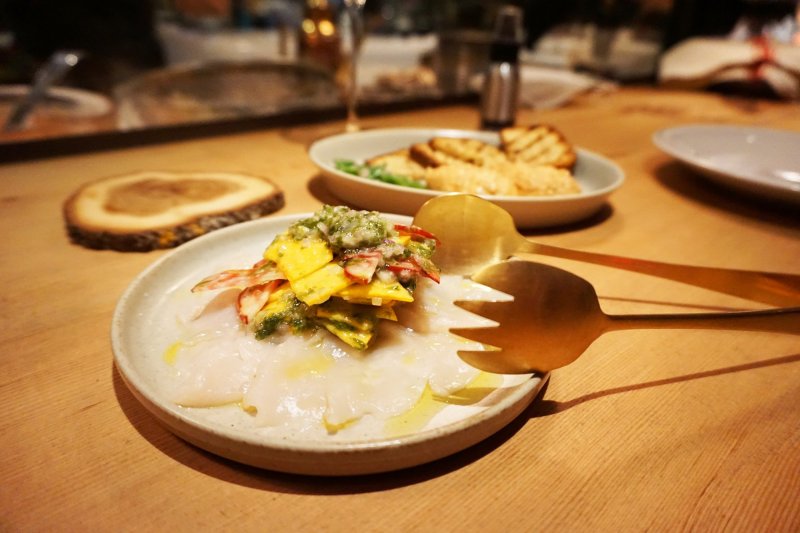 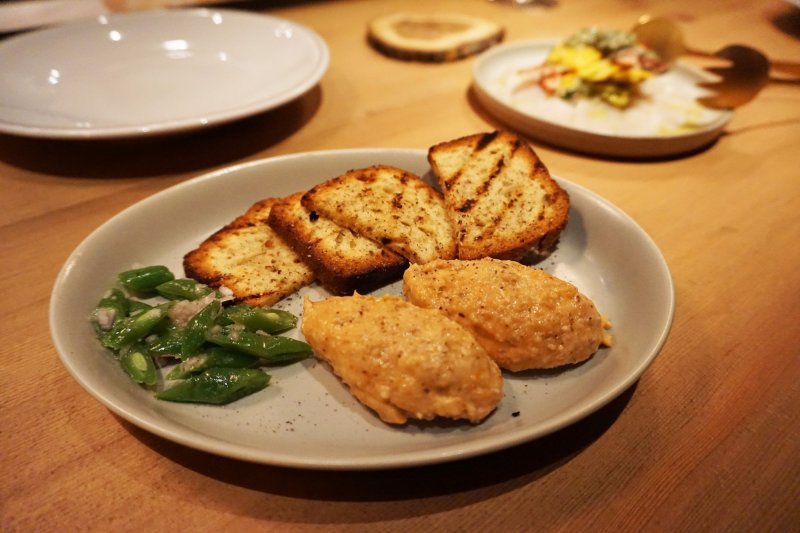 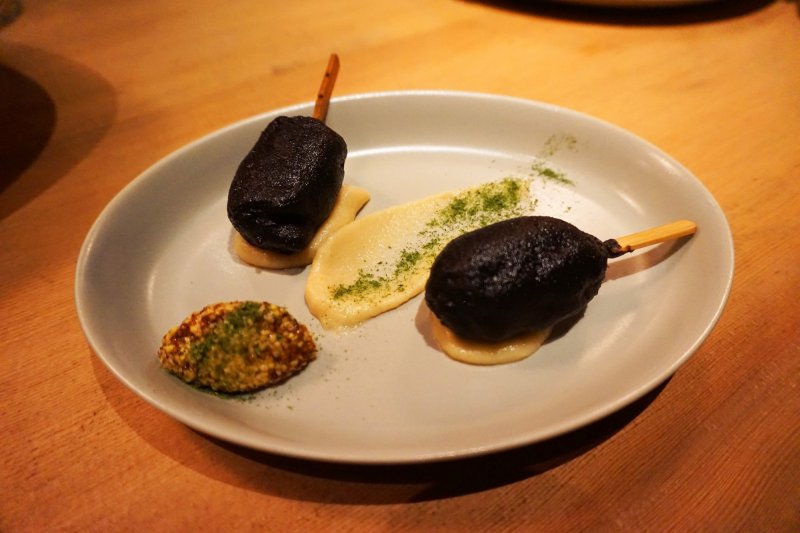 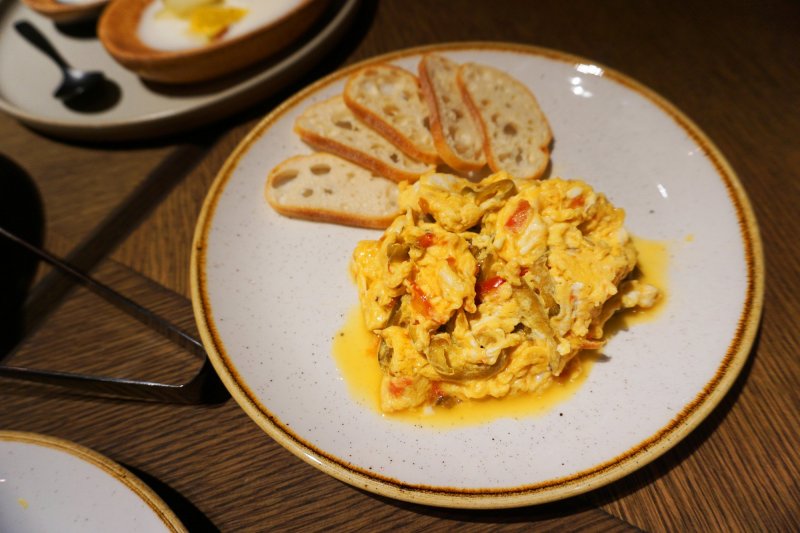 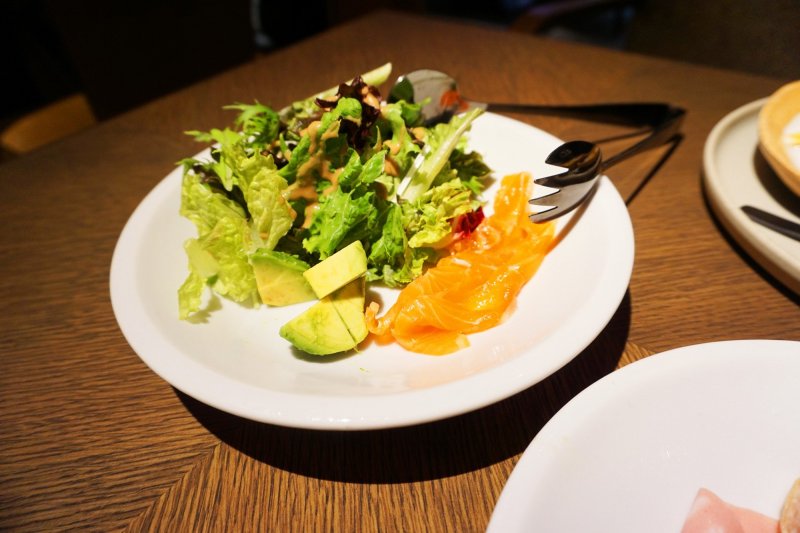 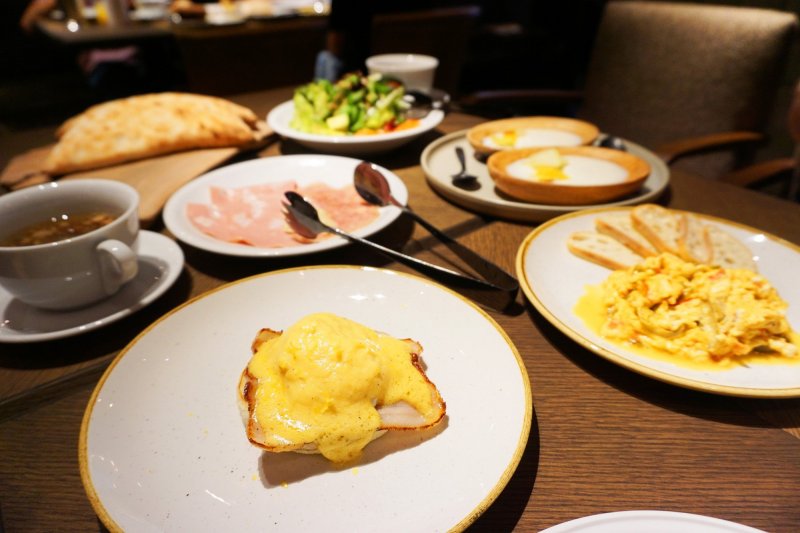 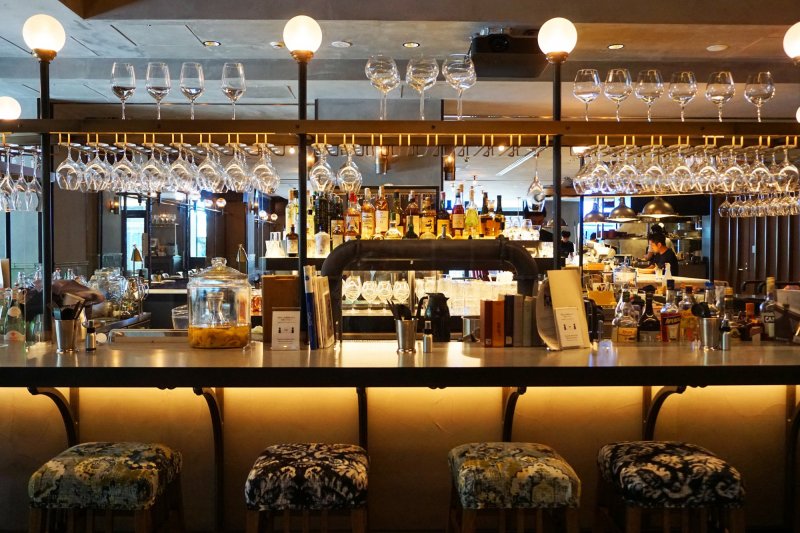 PIZZERIA & BAR NOHGA is an all day dining restaurant interpreting a fusion of “Spanish Italian” cuisine and has a kitchen to table design. There is a casual bar area and restaurant where you can take a peek inside the open kitchen whilst enjoying your meal. Visit the cafe for a range of coffees and teas along with an offering of tapas snacks and seasonal desserts.

The cafe also offers an assorted dessert and all-you-can-drink cafe set. Breakfast takes on the art of sharing, where a range of platters are combined with focaccia and your choice of eggs cooked your way. Coming for lunch? Choose from a selection of pizzas, pastas and salads. Each lunch menu is accompanied with homemade soup, iced tea and focaccia. Dinner time offers a range of exquisite tapas and pizzas that can also be shared.

Oakwood Premier Tokyo comes from a brand of standout luxury hotel & service apartments right at the heart of the Tokyo metropolis. It is located in the business hub of Marunouchi with JR Tokyo Station in close proximity. This will allow guests and travelers to easily access the city's extensive transport network and visit various landmarks such as Imperial Palace, Tsukiji Fish Market, Ginza and Shopping District. Boasting 123 luxurious apartments on the upper floors of a multi-serviced complex, each room offers a magnificent view of the city not to mention all furnished and a fully-equipped kitchen set which is rarely seen in your everyday service apartment. Without doubt, these spacious tranquil retreats are curated to give you the amenities and services of a luxury hotel and a feeling of home. They are good options for both business executives and leisure travelers from one night of a short-stay to a few weeks/months of mid to long-term stay.

Located right next to Shinjuku Chuo Park, THE KNOT TOKYO Shinjuku is a modern hotel with an exceptional design and easy access to the nearby Shinjuku train station and the Meiji Shrine. The 14-story hotel building was renovated and reopened in August 2018 as THE KNOT TOKYO Shinjuku . The western-style rooms offer a park view on the top floor as well as a newly opened terrace suite. The spacious atrium design offers a relaxed atmosphere and connects the restaurant, bar, lounge and lobby with one another. One of the highlights of THE KNOT is the delicious dishes. There are six areas in which food and drinks are offered. From the grill area to high-quality black tea and fresh bread, everything is on offer.

Just minutes from Shinagawa Station, the Grand Prince Hotel New Takanawa is surrounded by lush greenery in the Takanawa area, with rooms offering balcony views of the nearby gardens and surrounding Tokyo cityscape. This urban resort features convention facilities like the Hiten banquet hall, international Convention Center Pamir, as well as a wide variety of Japanese, Chinese and Western restaurants.

The Pokémon Café in Nihonbashi, which opened in March 2018, is the latest character café in the popular series of games and series in Tokyo. The café and the adjacent Pokémon Center DX store were opened in 1997 on the occasion of the 20th anniversary of the first store. The bright café, which is furnished in warm wood tones, offers main courses, desserts and drinks - all of which are arranged with a focus on one or more Pokémon and some are suitable and limited to certain topics or seasons. You can also find exclusive merchandise here - from plush toys in chef jackets to bowls and cutlery with Pokémon motifs. They also sell Pikachu Sweets, special sweets and products with the most popular of all Pokémon as a motif. A visit to the Pokémon Café is only possible with a prior reservation, time slots can be selected from one month in advance and also in English via the website. It is located on the 5th floor of the Nihombashi Takashimaya Shopping Center, which is not far from the Tokyo and Nihonbashi stations.

Enter the world of Moomin, the Finnish fairy-tale comic characters, in the exclusive Moomin Café in Tokyo Skytree Town. This permanent Moomin Café is specially designed for Moomin fans and offers dishes, desserts, drinks and decorations on the Moomin theme. Whether you are alone or eat in company, a plush Moomin figure will keep you company at the table. The figures of the Moomins are hippopotamus-like troll creatures and were invented by the writer Tove Jansson. They love in the idyllic Moomin Valley somewhere in Finland. The Moomin characters are very popular worldwide and their adventures have been translated into more than 30 languages. There is another highlight for real Moomin fans: The "Moominvalley Park" theme park was opened in March 2019 about 40 kilometers northwest of Tokyo in Saitama prefecture and offers further insights into the world of trolls.

Toyosu Market is a wholesale market in Tokyo located in the Koto District. It was built on man-made land in Tokyo Bay and replaces the historic Tsukiji Fish Market, which was previously the capital's famous fish market. Opened October 2018 and is the largest seafood market in the world. The market in turn consists of two separate fish markets, one for auctions and the other for general sale, plus a fruit and vegetable market. There are also restaurants and a variety of options for visitors. Tourists can watch the market from a viewing platform on the second floor and take part in guided auctions and events. However, it is no longer possible, as was previously the case in Tsukiji, for visitors to be directly at the famous tuna events, a platform was built for this, from which one can see into the interior of the market. The modern building complex also offers a roof terrace and a shrine and is easily accessible by bus and train.

Kanda Shrine (Kanda-myōjin), is a Shinto shrine located in Chiyoda, Tokyo, Japan. The shrine dates back 1,270 years, but the current structure was rebuilt several times due to fire and earthquakes. It is situated in one of the most expensive estate areas of Tokyo. [Wikipedia]

Yushima Tenman-gū is a Shinto shrine located in the Bunkyō ward of Tokyo, Japan. Established in 458, it is now devoted to Tenjin, the kami of Learning. For this reason, it is also called Yushima Tenjin. It is located very close to Ueno Park, and not far from the University of Tokyo. [Wikipedia]

Ameya-Yokocho is an extremely busy street market that runs along the railway line between JR Ueno Station and Okachimachi Station. There are many small retail stores on this street selling seafood, fruits and vegetables, general supplies, as well as shops for discount clothing, accessories, cosmetics, watches and confectionery, as well as a large number of stalls selling street food snacks, as well as inexpensive restaurants, cafes and bars. Originally, the area that is now called Ameya-Yokocho was an inner-city residential area with many wooden houses crowded together. However, during the previous war, the entire area was burned to the ground in a bombing raid. Reconstruction began immediately after the war and a number of shops and street stalls sprang up in the area.