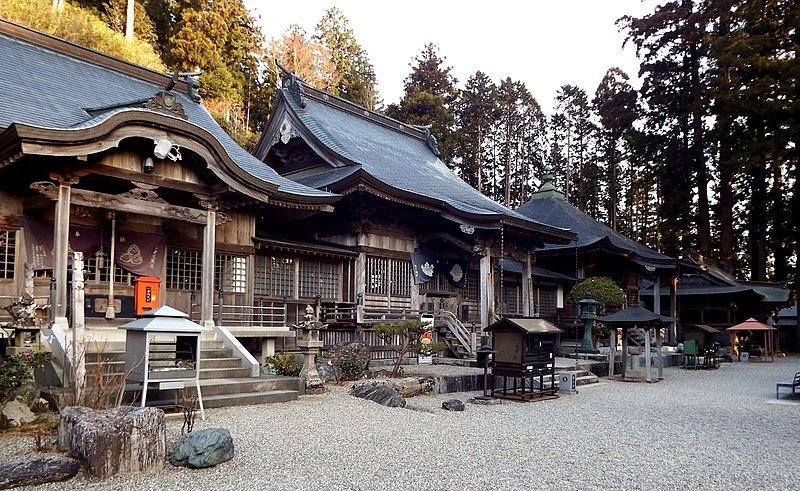 Shosanji Temple (焼山寺), Also known as the Burning MouAbout 50 kilometers away from the start of the pilgrimage is the Shosanji Temple, the twelfth temple of the Shikoku Ohenro pilgrimage, on a mountain top 800 meters above sea level.

Shosanji means "" Burning Mountain Temple "" and refers to an ancient legend about a fiery dragon who lived on the mountain and terrorized the locals by setting the whole mountain on fire. The legendary ascetic En no Gyoja, who possessed magical powers, visited the mountain, displaced the dragon, and then founded the temple.

A century later, when Kobo Daishi visited the mountain, the mountain was once again on fire caused by the dragon, and Kobo Daishi successfully kept the dragon trapped in a cave. The main deity of the temple is a Kokuzo Bosatsu, the "wish-fulfilling Buddha" who helped Kobo Daishi defeat the dragon.ntain Temple is the 12th temple of the Shikoku pilgrimage.

To get there by public transport, catch a Yorii-naka bound bus from Tokushima station and ride till end of the line. From there change buses to one going to Shosanji, from the Shosanji bus stop it is about a 90 minute walk. Alternately, it's a beautiful hike from Temple eleven over well marked trails and with spectacular views (allow 4-6 hours).