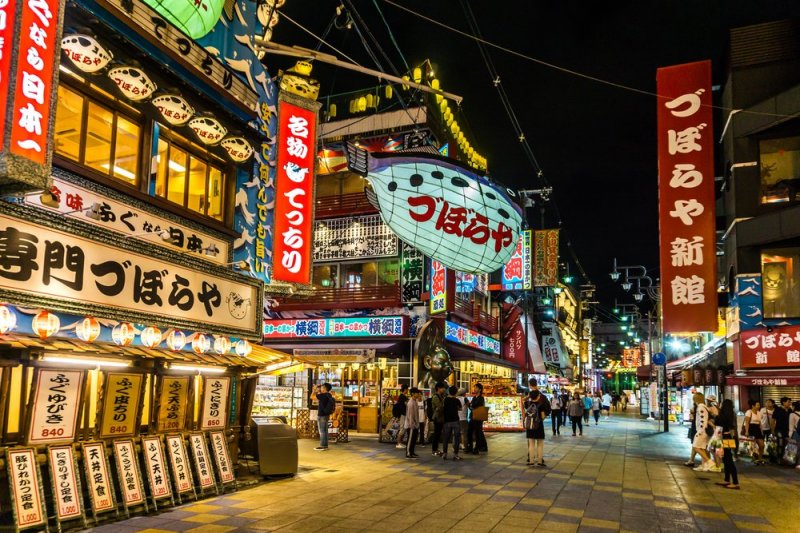 Dotonbori (道頓堀) is one of the principal tourist destinations in Osaka, Japan, running along the Dōtonbori canal from Dōtonboribashi Bridge to Nipponbashi Bridge in the Namba district of the city's Chuo ward. [Wikipedia]

Hozenji (法善寺, Hōzenji) built in 1637 is a small buddhist temple in central Osaka dedicated to Fudo Myoo, one of five wisdom kings.

Osaka has been the capital of Bunraku, the traditional Japanese puppet theater, for many centuries. The National Bunraku Theater is a two-hall and exhibition room complex located in Chūō-ku, Osaka. The theater is now one of the few places where where the fascinating art form of bunraku can be seen. The complex opened in 1984 as the country's fourth national theater and became the headquarters of the Bunraku. The National Theater is operated by the Japanese Arts Council, an independent administrative body of the Ministry of Education, Culture, Sports, Science and Technology. English programs and headphones are available. The performances usually take place at three-week intervals in January, April, June, July / August and November.