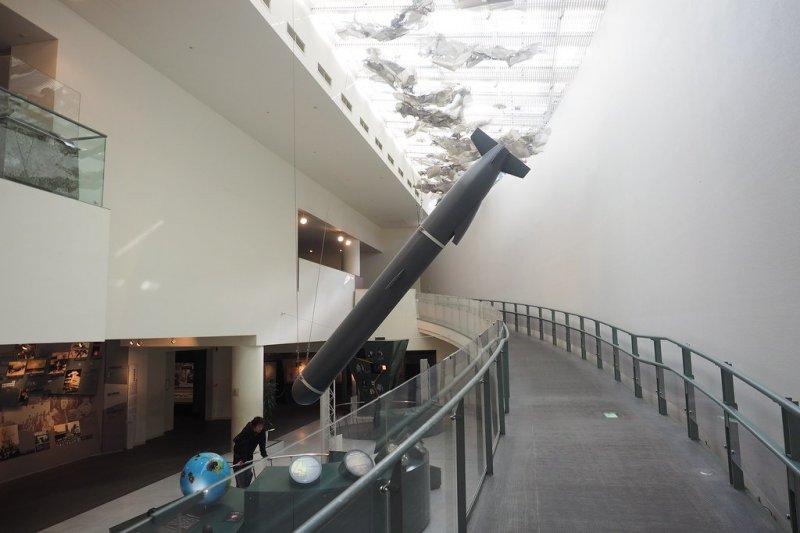 The Nagasaki Atomic Bomb Museum houses artifacts, relics and information related to the tragic atomic bombing of August 9, 1945. It is the sister museum of the museum in Hiroshima, which also depicts the tragedies of atomic war and the suffering of the victims. These two places commemorate the Visitors to the arbitrary nature of the war and the victims of the aftermath.

Many of the objects shown have a rousing effect, such as Burned clothes, broken toys or even a tattered water tower that once stood at Keiho Junior High School, only 800 meters from the hypocenter of the bomb. You can also find out what efforts were made to promote nuclear disarmament in the post-war period.

From JR Nagasaki Station take the tram line, Akasako, and get off at the Atomic Bomb Museum. From here, it's a 5-minute walk.

Nagasaki Peace Park commemorates the tragic August 9, 1945 bombing that destroyed a significant part of the city and killed tens of thousands of residents. It is located near the Nagasaki Atomic Bomb Museum and Peace Memorial Hall Erected near Ground Zero of the bombing site, and the remains of Urakami Cathedral can still be seen in the park area. The Nagasaki Atomic Bomb Museum has set itself the task of educating future generations about the horrors of war. Next to the museum there is a memorial hall for the victims of the atomic bomb. There is also an area where visitors can take a look at a layer of earth beneath the park's surface where broken roof tiles, bricks and broken glass were left over from the explosion.

The Urakami Catholic Cathedral is located in Urakami, Nagasaki Prefecture, and was completely destroyed during the atomic bombing of Nagasaki in 1945. Despite the catastrophic loss of the symbol of their faith, the local Catholics urged the local government to allow them to return to the cathedral in the same location In 1959 the building was completed. Today it is a functioning church housed in a large, red brick European-style building. The cathedral also houses various relics that survived the atomic bomb attack. There is another fascinating facet of the cathedral's history: construction of the complex began in 1895, right where image-trampling ceremonies had previously been performed, to eradicate Christianity during the period of religious prohibition in Japan. During these ceremonies, people were forced to trample biblical images to expose secret Christians. The church was built in this place as a message of resilience.

The Chinzei Suwa Shrine has a long and complicated history. It began in 1614, the same year as Tokugawa's Edict Against Christianity. The shrine was established to unite the community against the growing population of Christian-converted Japanese in the area who the number of Shinto and Buddhist populations exceeded, and many local Christians resolved to destroy the shrine's progress until a priest, Aoki Kensei, came to Nagasaki in 1624 and stopped the interference. The shrine was later used as a census site in 1634 and required Christians to register and renounce their beliefs or face extreme punishments and, in severe cases, death.