Visit this gem of the Kibi plain in Okayama

One of the recommended places on my Kibi Plain Cycle Route map was a little over a kilometer from the Kibitsuhiko Shrine. The Kibitsu Shrine appeared to me to be a gem of the Kibi plain, loaded with beautiful and tranquil structures, gardens and trees, history, culture and mythology.

The mythology started with an evil prince who lived in a castle at the top of the nearby mountain. It seems he caused a lot of trouble for the people who lived around the Kibi kingdom. The prince of the land nearby, Prince Kibitsuhiko no Mikoto brought his army to conquer the evil prince and brought peace to this land. The area here at Kibitsu Shrine is where Prince Kibitsuhiko no Mikoto and his army camped and also from where he shot his arrows at the evil prince. This mythology is the model for the Momotaro story, a Japanese fairy tale of a little boy who came to Earth inside a giant peach and later set out with his three friends, a dog, a monkey and a pheasant in order to defeat a demon.

The first thing right in front of the main gate that you’ll see is a huge rock that Prince Kibitsuhiko no Mikoto put his arrows on. The huge rock is covered with some moss and surrounded by a low bamboo fence so no one will disturb or sit on it. After climbing two steep sets of steps and passing through two beautiful gates, I came upon the main building. Certainly there are no others like it.

The main building is one of the largest in Japan. The distinctive style and thatched roof give the building impressive character making it a gem. The wooden building and the interior are also fantastic, with huge wooden pillars and decorative metal rings supporting a complex network of beams.

There are a number of other attractive buildings on the shrine grounds. I spent a lot of time taking pictures of a beautiful building which had a box full of daruma dolls and the unusual shelters for hanging Ema (wooden wishing plaques). The daruma dolls are quite colourful and the Ema are interesting.

One of the Kibitsu Shrine's marvelous structures is the 400 meter covered corridor. The slightly inclined corridor is built to join the main building with the sub-shrine building. It makes for a good and peaceful stroll.

As I walked further down the corridor, I started to see a number of Japanese teens, both boys and girls, in their Kyudo (Japanese martial art of archery) uniforms resting, chatting or practicing. It turned out there is a dojo (martial arts training place) for Kyudo here. I enjoyed watching them practicing and a group of girls happily posed for me. Thank you girls!

There are a lot of things to see here at Kibitsu Shrine. I felt I would have liked to wander around the grounds some more but there were still a lot more places to see on the Kibi Plain Cycle Route. I had to take a reluctant leave. You will feel the same if you visit this marvellous shrine.

I am a Thai woman who has spent half of her life in beautiful Ottawa, capital city of Canada. I enjoy crafting, gardening, photography, bicycle touring and my new found love blogging. You can visit my blog (In Thai) at here It is a beautiful site. The name Ban Suanporpeang means 'Humble little... 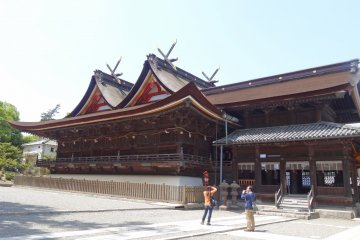 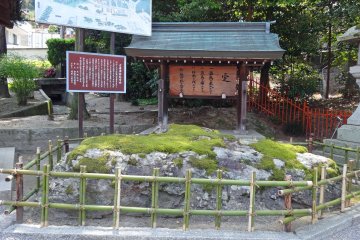 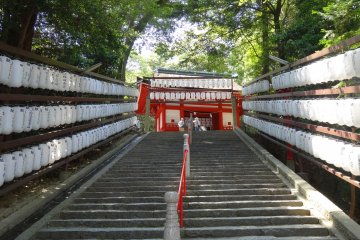 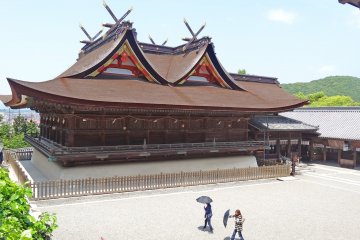 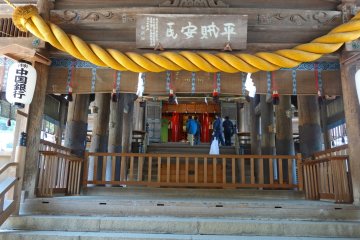 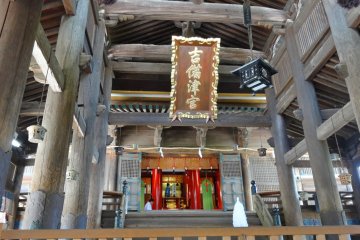 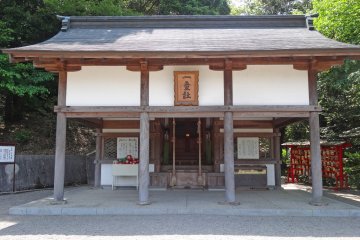 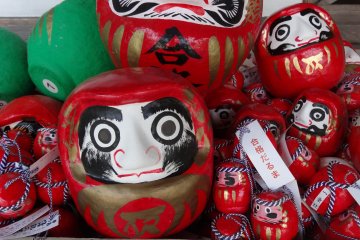 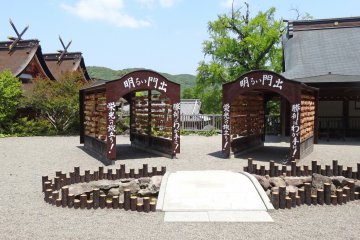 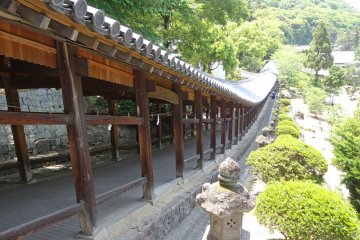 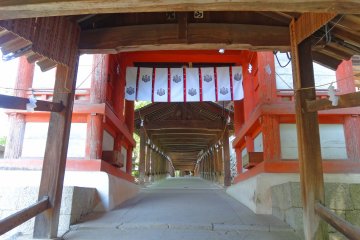 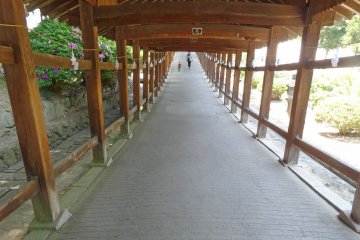 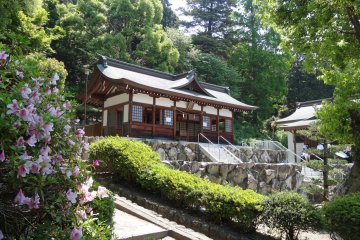 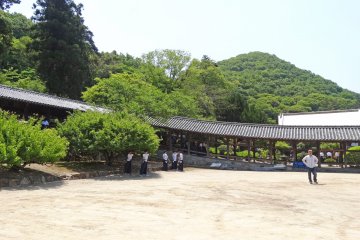 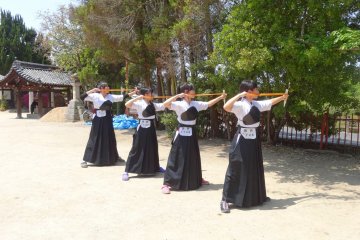