Mamedacho or Mameda Town in Hita City is nestled in a valley behind some forested hills between Fukuoka and Oita. While technically in Oita Prefecture, it is close to Fukuoka and Kumamoto as well. It is a great place to explore the winding country roads in a motorbike or in an open top sports car, especially in the milder months of spring and autumn. There are plenty of tea farms on your way to Hita City with its neatly cropped hedges creating a calming vista. Make sure you enjoy the many onsen hot springs nearby such as Amagase. Many of the restaurants source their produce from their farms nearby, with plums and mushrooms being a specialty from the town of Oyama. The nearby village of Onta produces a nationally renowned pottery call Onta-yaki. So the ultimate day trip experience would involve a hot spring, followed by dinner of local produce served on Onta–yaki. Nearby is the Ohara Shrine tea house, serving weary travelers with the tender yet smoky taste of grilled Jidori chicken.

The city is crossed by the Mikuma River, whose riverbank walk is lined with stunning blossoms in springtime, and its hills glow with a blaze of red foliage in fall. In summer, join a long boat ride in the evening from the piers to watch traditional cormorant fishing by fire torches. You can experience firsthand the ancient techniques of Ukai fishing by booking a dinner cruise from the hotels by the Mikuma River.

Mamedacho is a history buff’s delight, with a well preserved town center and several old merchant houses now operating as museums, shops and restaurants. In Japan, a historical town from the Edo period or earlier is often called “Little Kyoto”, especially those that were controlled by the ancient capital. There are over 50 towns that pride themselves with this moniker, and Mamedacho is one of the prettier ones, though I also like Matsumoto and Takayama in the Alps in Central Japan.

While it is well known to a number of tour groups, it is relatively undiscovered by independent travelers. Its compact size and lack of traffic during weekdays makes it easy to stroll around all the attractions in a few hours.

Mamedacho is an ideal city for a stopover between Fukuoka and Oita. Japan Railways operate the Yufu Limited Express service from Hakata Station in Fukuoka, with the first service at 7:45 am, taking 81 minutes to travel the 83 kilometer trip, at 2,800 yen one way. There are also buses from Nakatsu City on the coast. 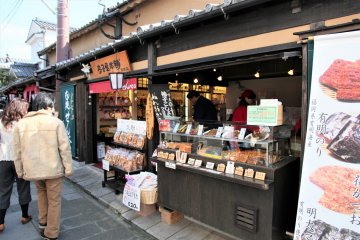 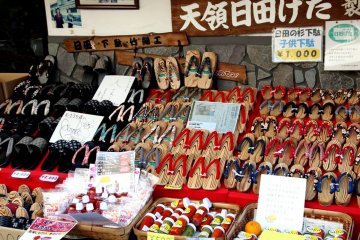 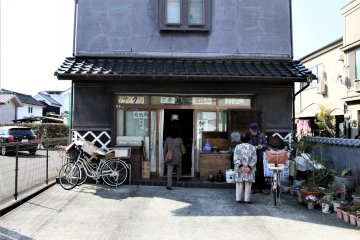 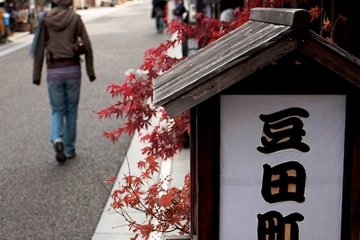