If you want to feel on top of the world, then head for the Kuju mountain range in western Oita prefecture. You can summit the highest peaks in Kyushu and enjoy unparalleled views of one of Japan's prettiest islands.

The official hike up to the peaks of the Kuju range begins at the Chojabaru rest area. However, if you start from there, you can expect your hike to take around 7-8 hours. A faster option is to hike the trail that begins at the Makinoto Pass parking lot. The parking area has dozens of spots but be aware that on fair weather weekends, those spots go fast. Aim to hit the trails by 11 am to ensure both a spot in the parking lot and enough time to get up and down the mountain.

The trail begins with a cement staircase up from the parking lot. After ten minutes, you'll reach the first of the amazing views over the surrounding hills. From here, you get to do a bit of rock scrambling - both up and downhill - before the trail flattens out for about half an hour.

A short uphill section leads to a saddle in the trail. If you head right, you reach a peak that resembles the joint of a traditional Japanese folding fan. Head left to keep going towards the peaks of Mt Kuju and Mt Nakadake. There is a lovely flat section and then a significant rock scramble before you arrive at a clearing with a rest hut, bathrooms, and views of Kyushu's two highest peaks.

Mt Kuju is the more impressive of the two peaks, resembling a sheer knife's edge. But Mt Nakadake is technically the taller of the two - by five meters - and is officially Kyushu's highest peak. The hike to it also boasts a hidden lake and some stellar views from the actual summit. From there, you can see south to Mt Aso and northeast to Mt Yufu. All around is an unbroken string of mountains. There's no better place to feel on top of the world.

The entire round trip hike took just under five hours. The trails are well-marked with both yellow route markers and signposts, but the signs are only in Japanese. It's incredibly helpful to learn the Japanese kanji script for the mountain peaks. We took a four-year-old on our hike and we weren't the only ones with a young adventurer along. Be sure to bring plenty of water and prepare for all weather conditions. Despite the warm temperatures, we encountered an unexpected rainstorm on the peak. There is a small stand back at the parking lot that sells blueberry ice cream, made from local blueberries, which makes for an excellent post-hike treat.

Japan resident for 10 years, with time spent in Okinawa, Kumamoto and Tokyo. 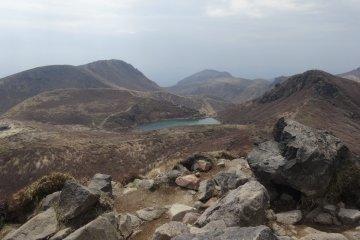 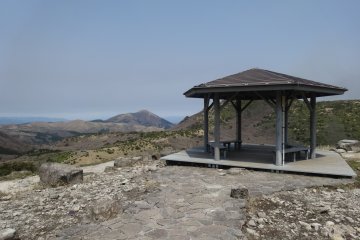 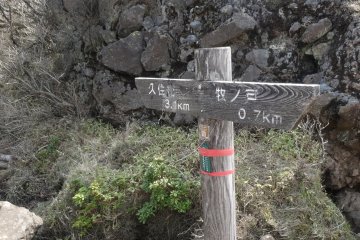 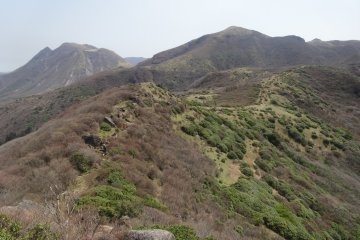 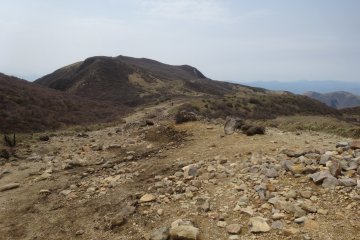 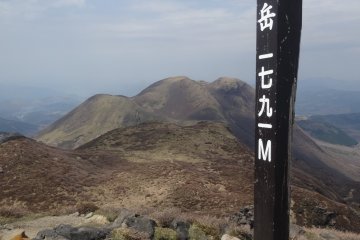