Have you ever dropped a coin on the floor and see it roll around and around, having a life of its own? That is the feeling I get from watching the water droplets at Teshima Art Museum. It isn't as trite as this, but in reality I struggled to describe this art work.

"A space, just like that, comes into being as something that goes back to nature as it is" Rei Naito (2010). Rei considers this space as "the continuity between nature, which forms the basis of this world, and life on earth. It is something that is always with us, something that everything is born from and grown by, and makes life on earth possible".

There is an overwhelming feeling of weightlessness when I step into this modern day cathedral to light and fluidity. The water droplets are mesmerising as if they have a life of their own, like eggs being transformed to tadpoles. However, it was not until I got home did I realise how this museum got under my skin. Months later, sitting on the beach half-way across the world and seeing a trickle of water flowing from the rocks after the rain, it brought back the simple yet mesmerising movement of water droplets at the museum.

I feel this place speaks about the universality of life and existence. As I travel on this small, remote island with very limited ferry schedules, I end up seeing the same people over and over again. Soon we acknowledge each other's existence as I bump into the same dozen people in various installations, coffee shops and other meeting points. We don't know why God brought us together on this remote island from around the world, but there is a sense of universality as we slow down and acknowledge our connectedness that pierces any language or cultural barriers. Maybe this is part of the curator’s vision when he created this place.

Teshima Art Museum was born from the visions of Rei Naito and the architect Ryue Nishizawa as part of the 2010 Setouchi Triennale of Art. Unlike the more commercial island of Naoshima, Teshima is more remote, with fewer connections to the main cities of Okayama and Takamatsu.

Set in a former rice field, it has one of the most picturesque views of the inland sea when you alight from the public bus from Ieura or Karato ferry ports. The building is shaped like a water droplet made from concrete, but with a swimming pool sized space of 40 X 60 X 4.5 meters. There are two openings that let in the sunlight, giving the ambience of a cave like cathedral as the sun moves across the sub-tropical sky. After paying the admission fee, you wander on a long circular path that winds its way through bamboo groves with glimpses of the coastline below and this walk as much a part of the artwork, preparing your mind for peace and stillness. You can stay here as short or long as you like. It is like time has stopped.

Next to the artwork is a small gift shop, cafe and tea house that is shaped like the museum, where you can take off your shoes and relax on the carpeted floor, reflecting on the mind changing exhibit. I wonder what the curator has in mind for the next Setouchi Triennale of Art in 2016? 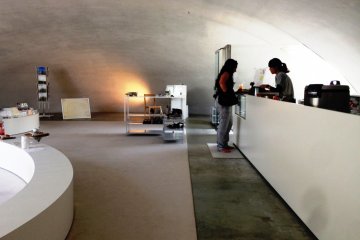 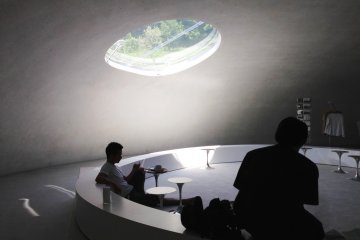 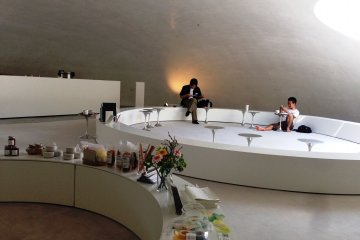 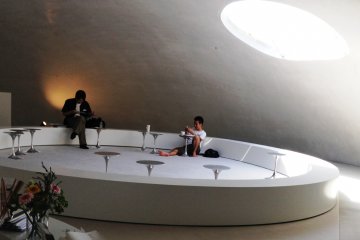 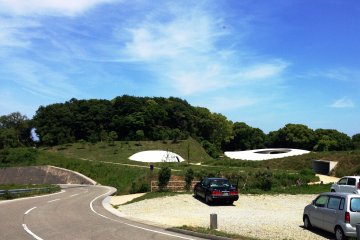 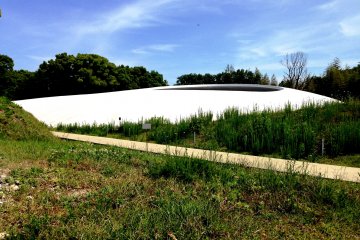 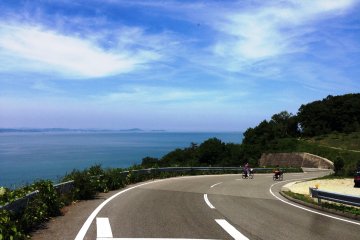