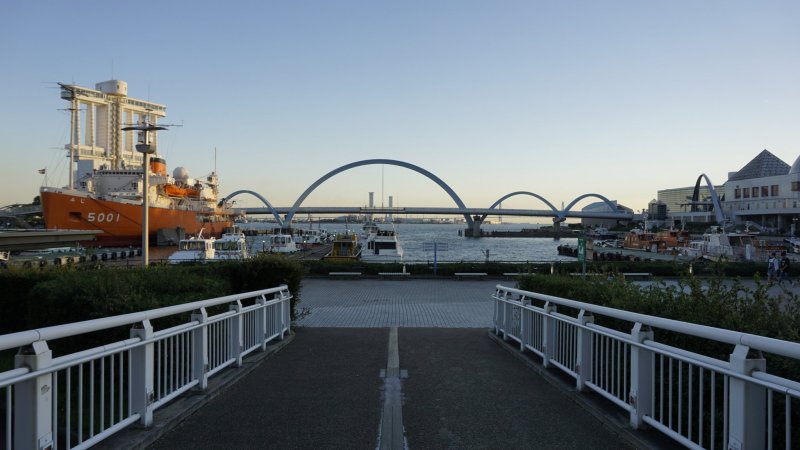 Your first view once you step into the area of Nagoyako 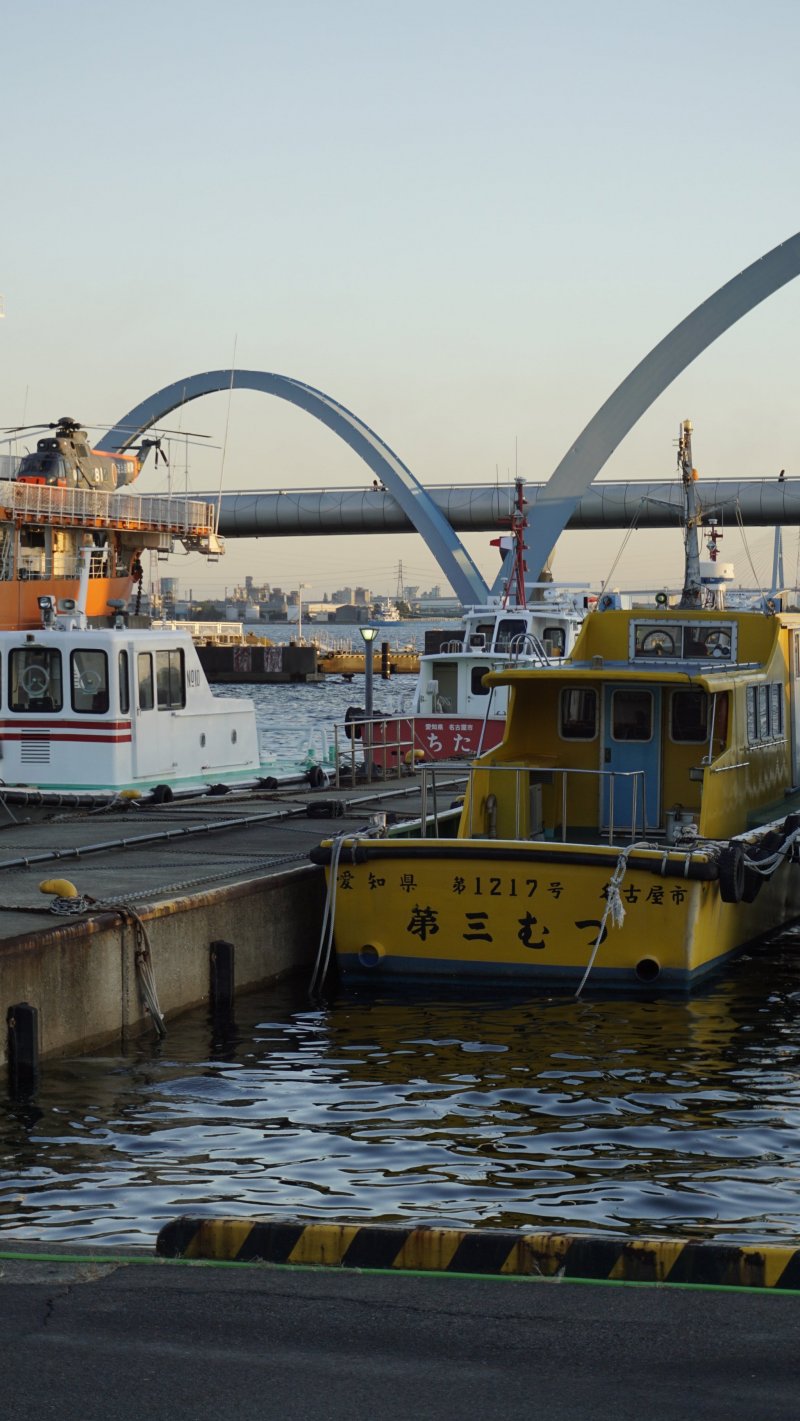 Just by seeing the boats tied to the pier gave me a pleasant and tranquil feeling! 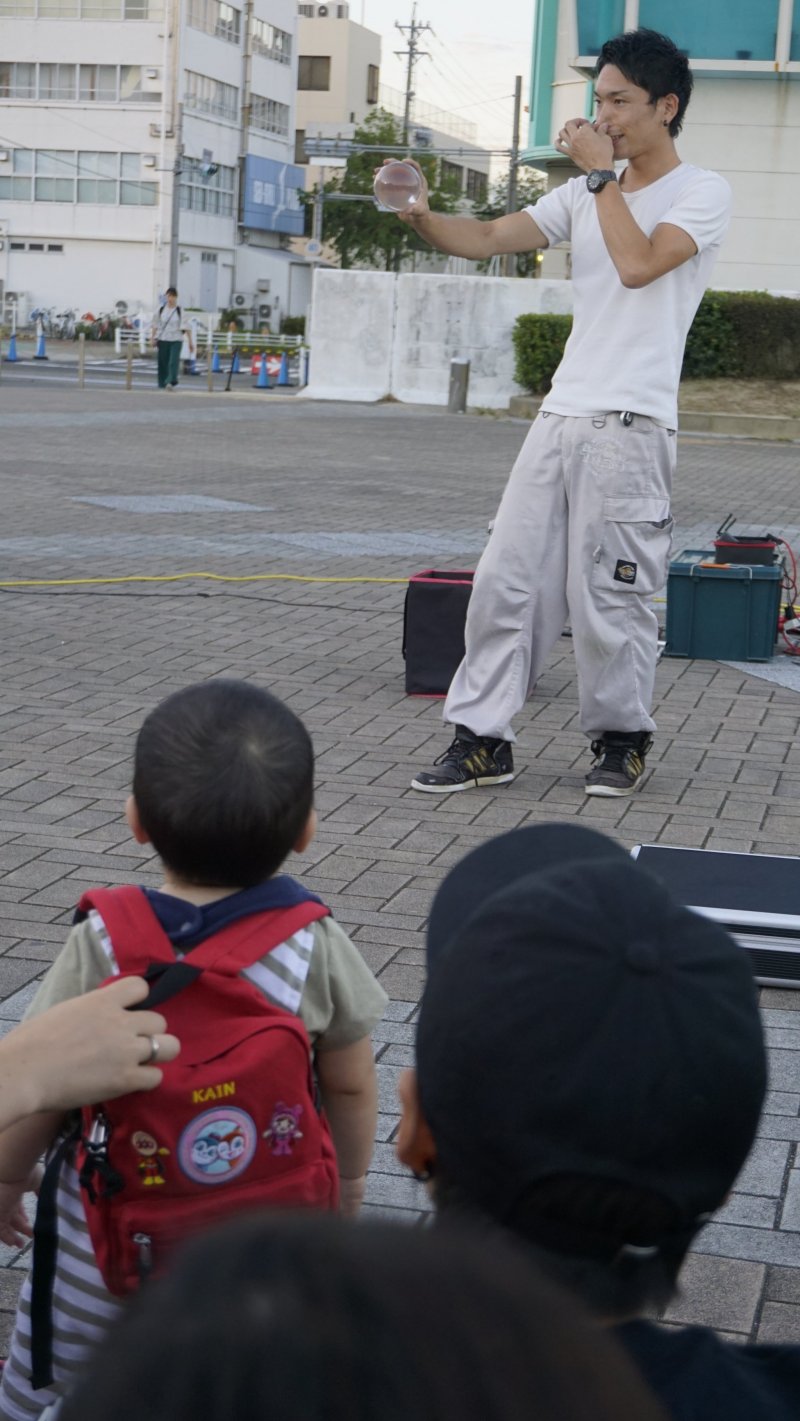 The public square is always full of people, being a magnet for street performers. 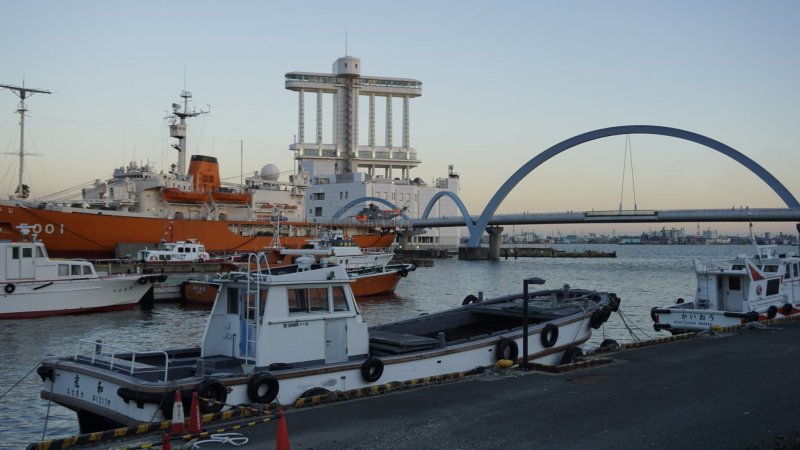 When the sky starts fading away... 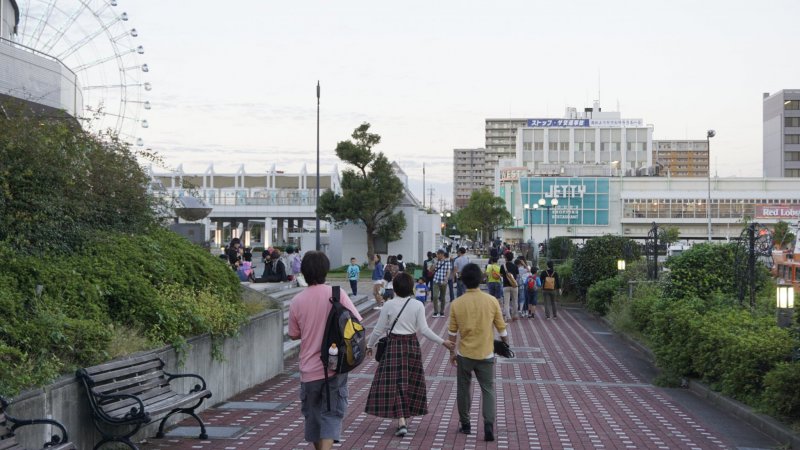 People moving to and fro, sitting by the benches, or entering the shopping areas 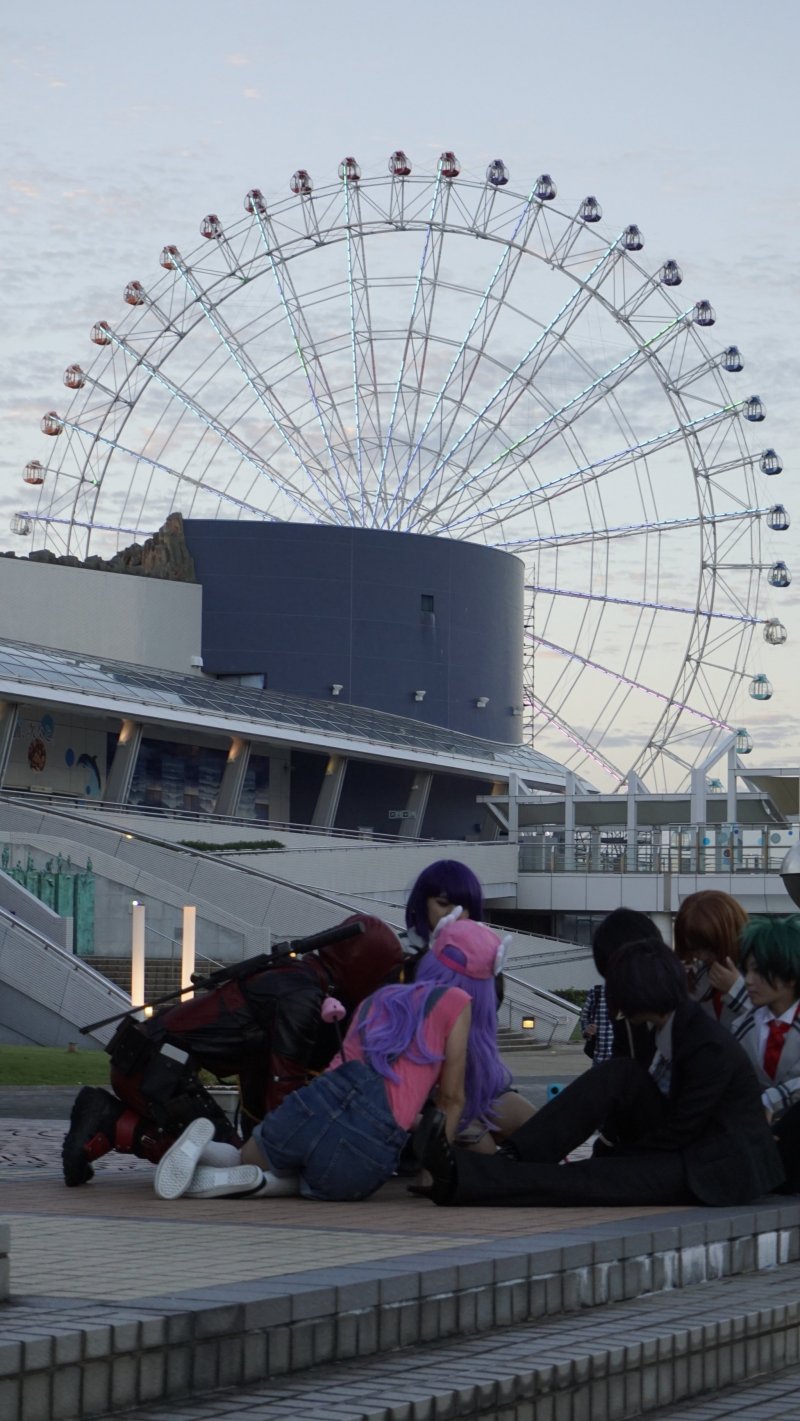 A bunch of teenagers in costumes 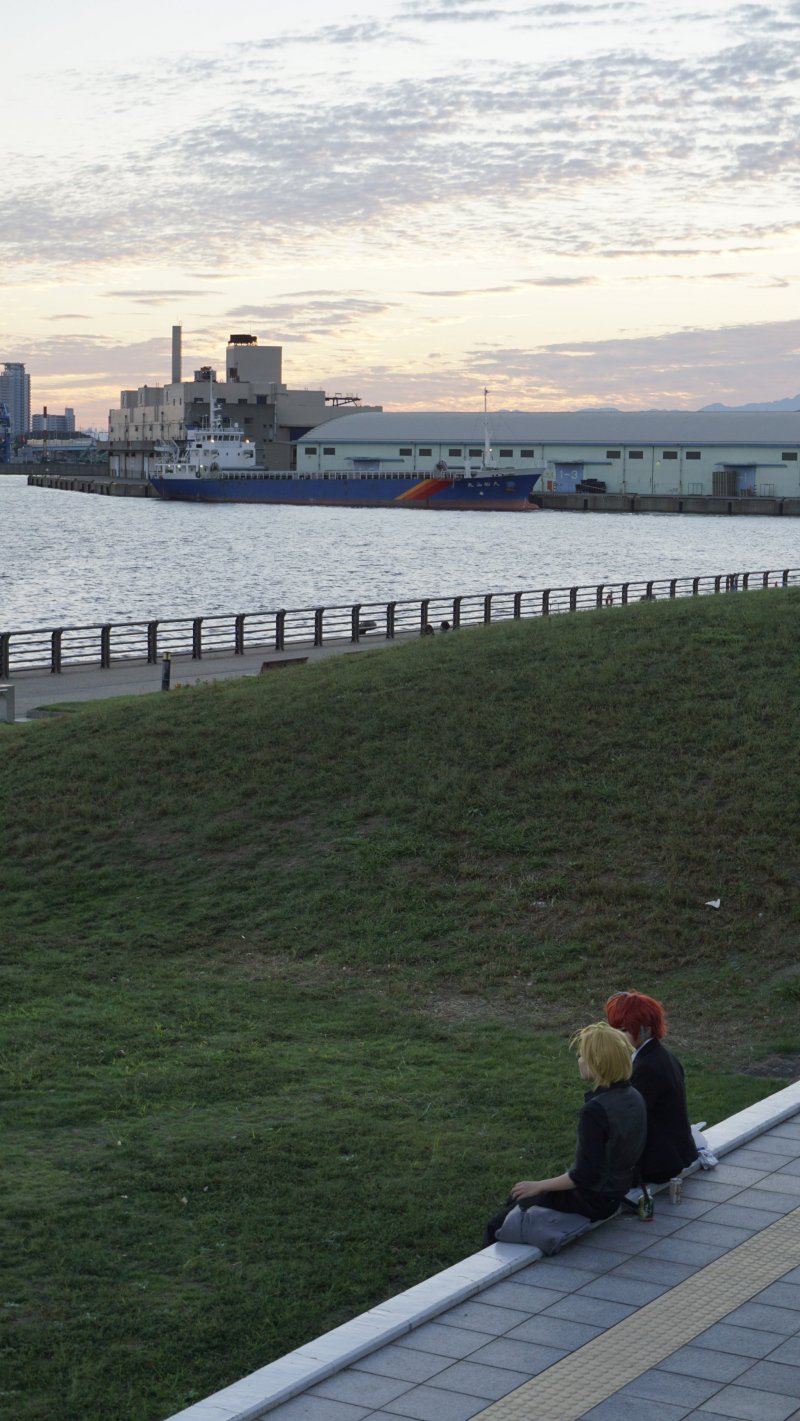 The park just by the end of the port area is usually less crowded, and it's a wonderful place to just sit and enjoy the view with the loved ones (or in my case, with myself) 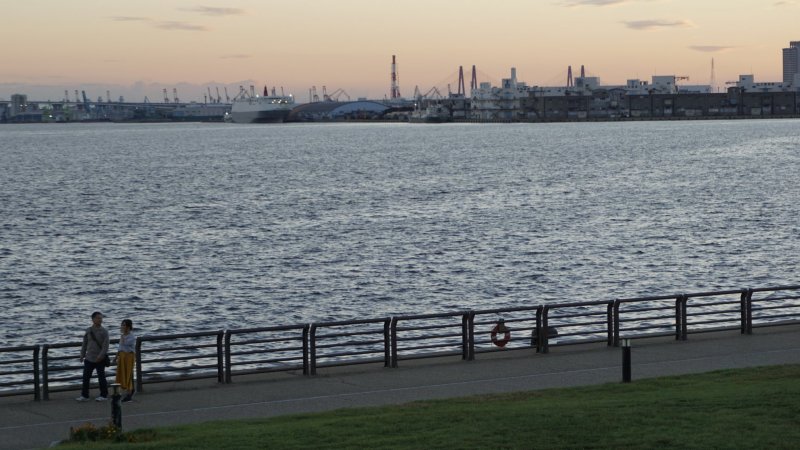 The sun is setting! 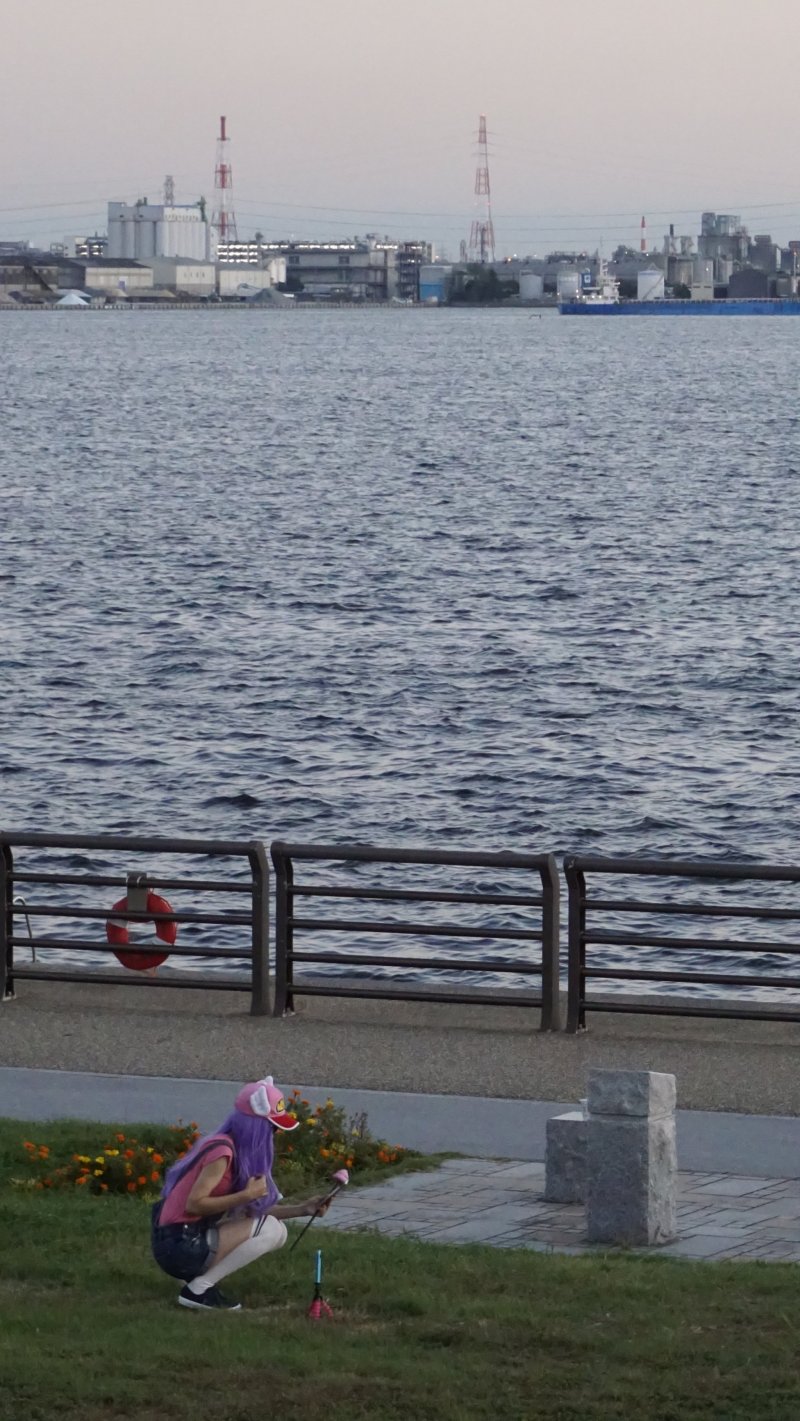 Of course this part of the port, which lies at the edge of the waterfront, is my favorite place to take photos 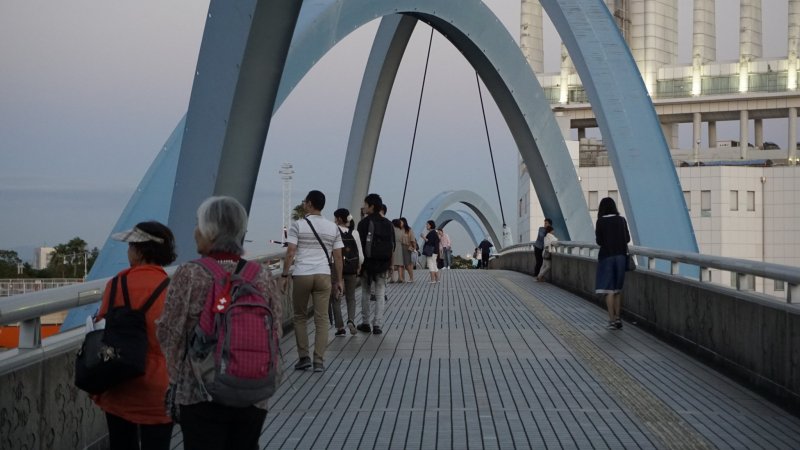 The iconic bridge in Nagoyako 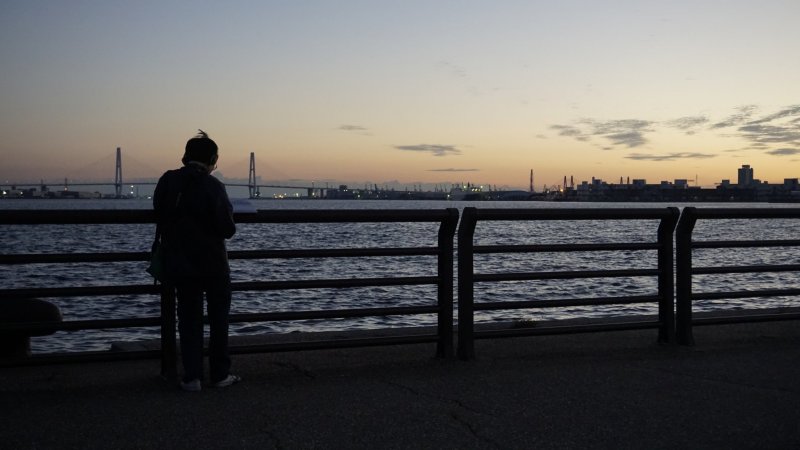 A guy painting the view of sun setting behind the harbor... I bet the result is amazing! 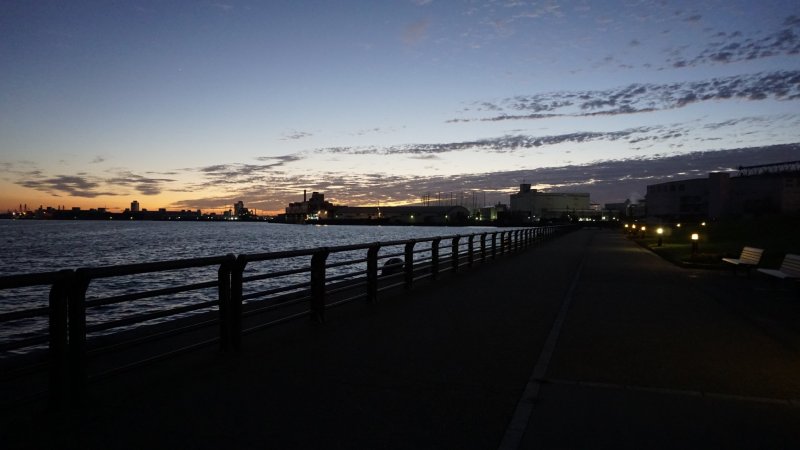 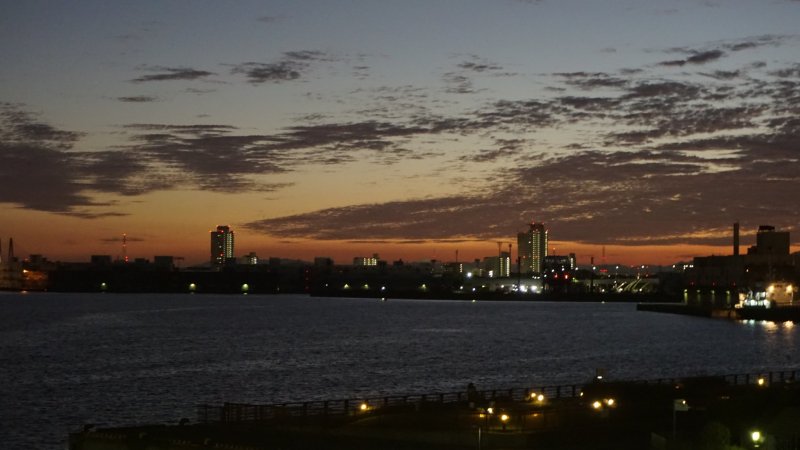 So dramatic, isn't it? 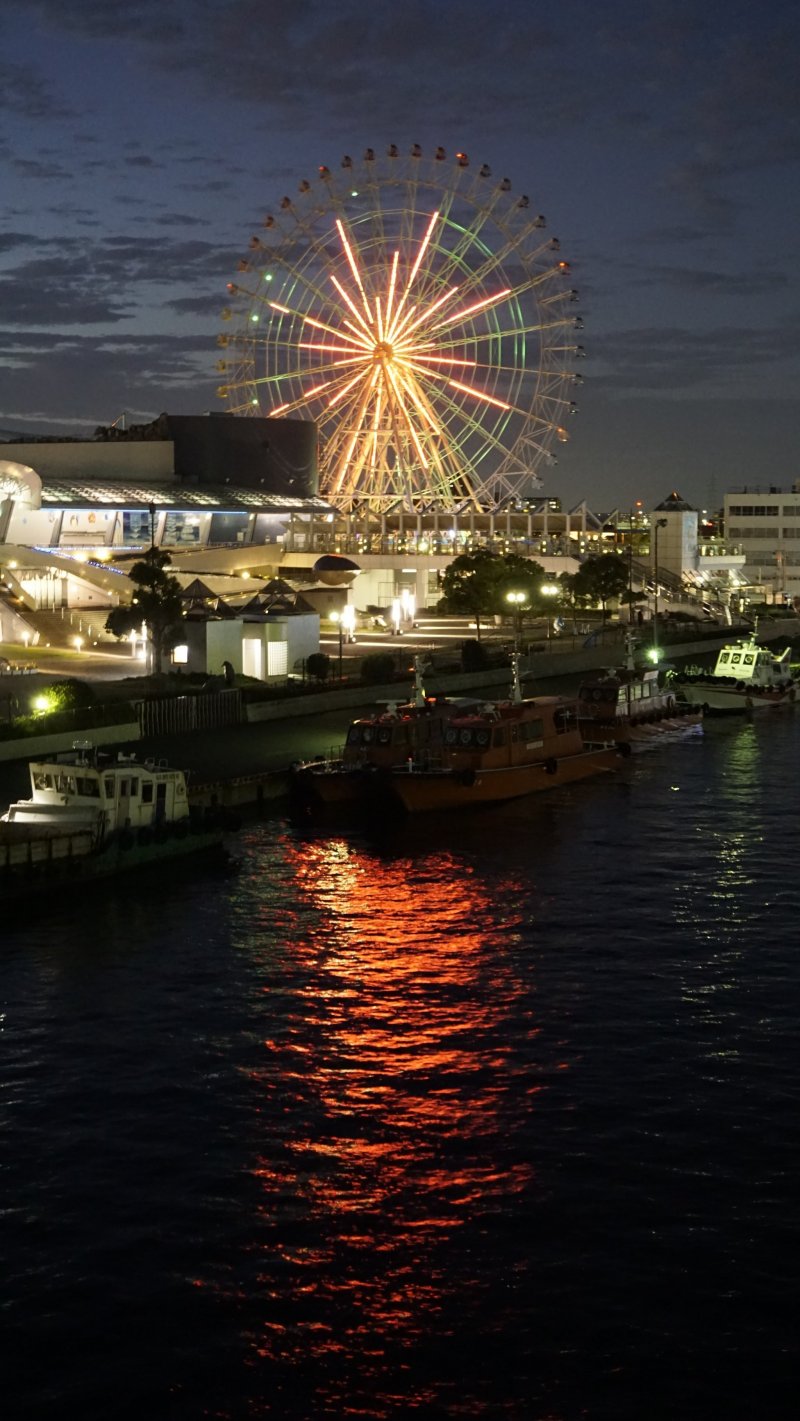 When it's completely dark, the lights and the reflections give vista that everyone looks forward to 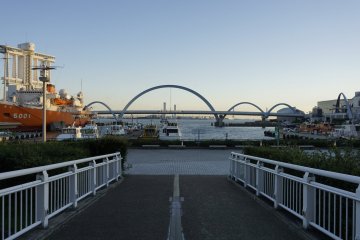 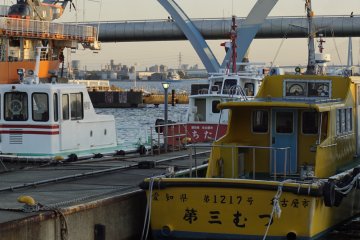 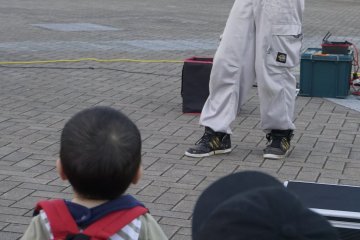 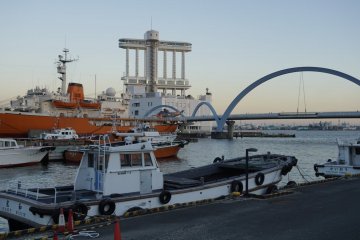 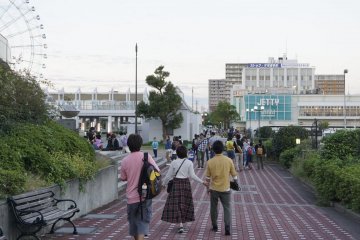 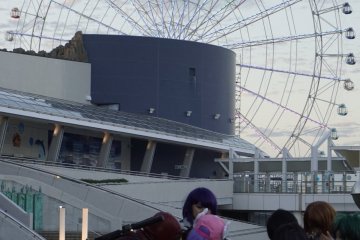 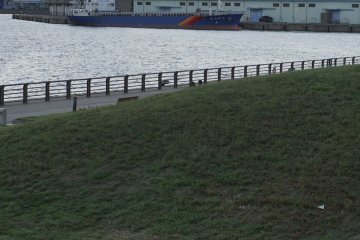 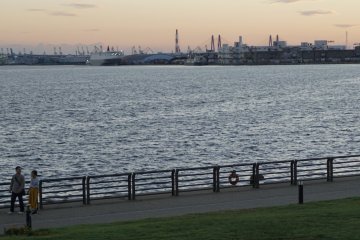 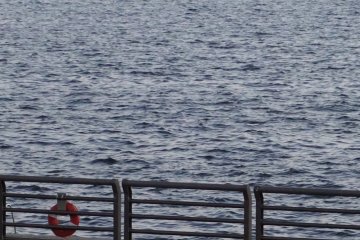 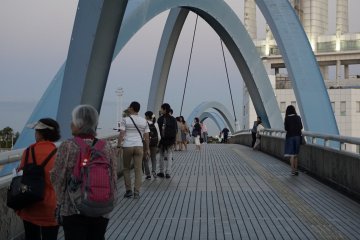 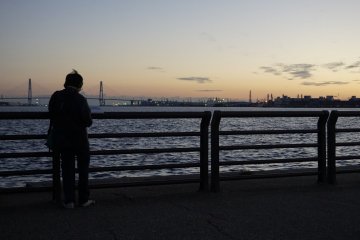 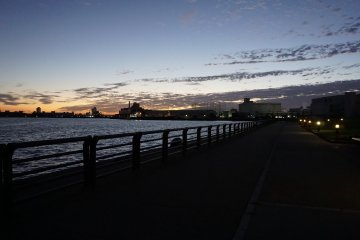 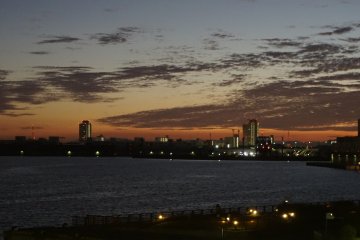 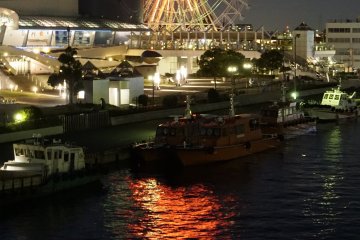 What do you usually expect from a trip to a port area? Boats tied to the pier, unmoved yet swayed by the gentle waves? People busying themselves with water-related activities? Breezes blowing, giving an abundance of fresh air across the outdoor spaces? Well yes, all that, can be found in Nagoyako. There's one note, though—you'll get to see even more if you come during sunset.

I walked away from Nagoyako Station expecting to see some common port views and elements. Beautiful, I suppose, but I had this feeling that it'd be just another typical harbour front area. But when I walked past a series of shops and restaurants along the port entrance, and turned left to see the small alley slowly opening to a large open air space by the water, I knew I was wrong. Apparently Nagoyako was more than just that "typical harbour front area".

Nagoya Port is an entertainment hub for locals (or maybe tourists alike too, but as far as I observed, I saw more locals), filled with people from all walks of life. Families, groups of friends, couples, they were there watching street performers, sitting by the grass with the Ferris Wheel to their back, or just walking around enjoying the air. After some time taking in the atmosphere, I walked a bit further down south, past the bridge that connected the port's two areas, and decided to just sit by the park facing the water, so long, until the sun finally slipped away, leaving traces of vermilion against the pale purple skies, and the waters turned dark. People who were just sitting and doing nothing suddenly walked closer to the edge, enjoying the last moment of light while letting themselves be swept away by the sound of waves. Then the lights around the port area turned on, completing the view with sparkling and colourful illuminations. Gosh, I felt so lucky to witness all these just at the right moment!

From Nagoyako Station, the port area is just 200m away on foot.

A traveler, budding travel writer, and amateur author. Writing is my way to redo my amazing journey all over again. I started "Cheating the World" project and with it, I've made two of my annual trips in a form of a book: "Cheating Southern Vietnam", and "Cheating Hong Kong & Macau" (still in Ba...